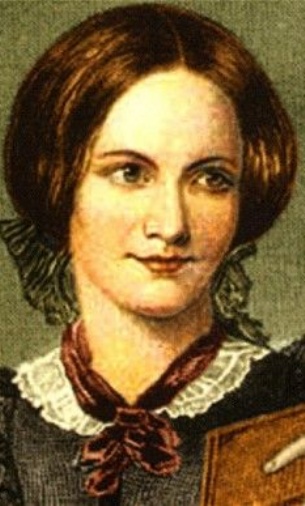 The 19th Century gave us some of the greatest literature of all time. On this page, we will highlight key authors, literary themes, social context and some of the most recognised titles.

The Key Social and Cultural Influence of the times were:

The Mayor of Casterbridge by Thomas Hardy 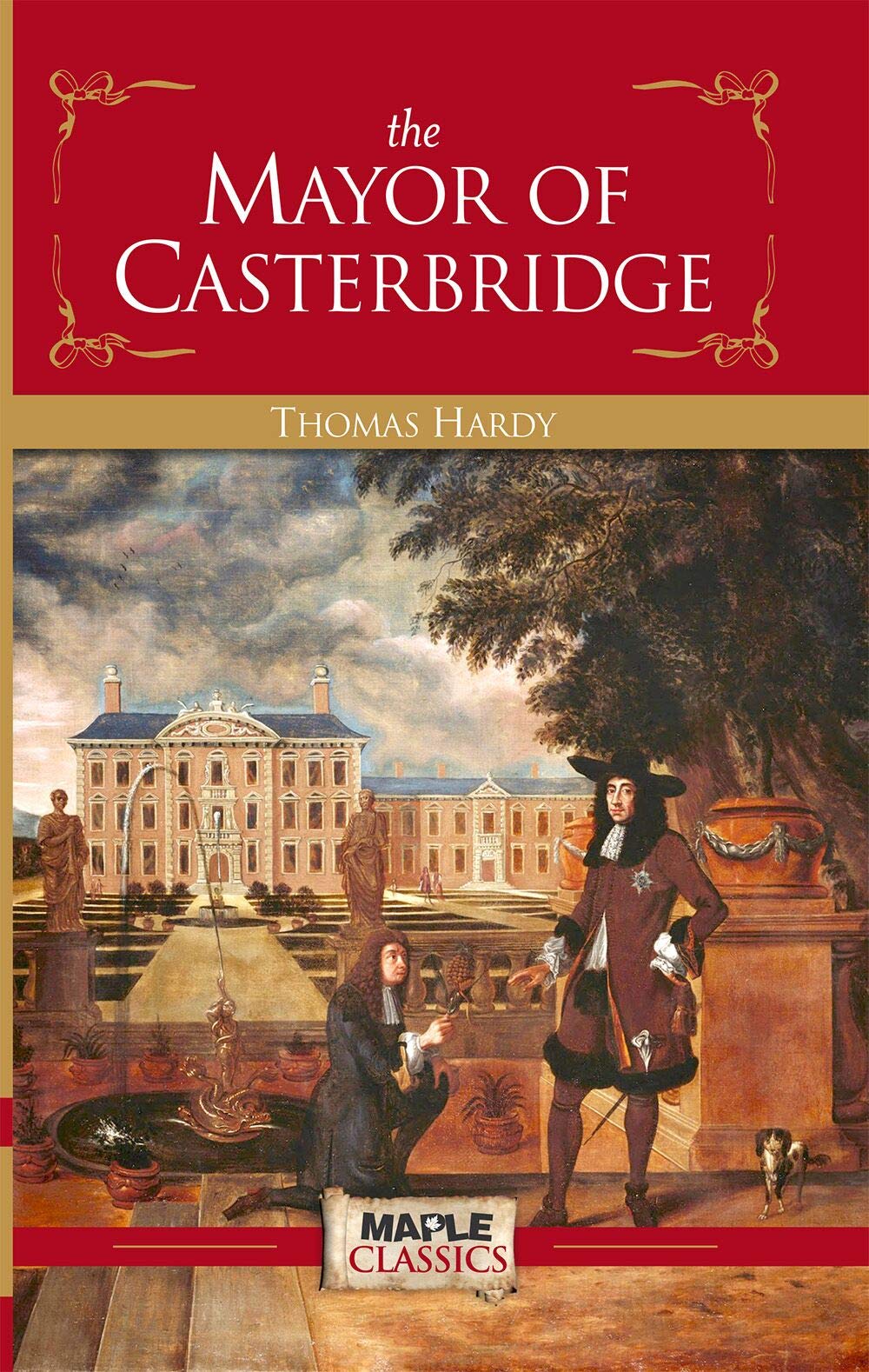 “Fancies find room in the strongest minds. Here, in a churchyard old as civilization, in the worst of weathers, was a strange woman of curious fascinations never seen elsewhere: there might be some devilry about her presence.”

Published in 1886, the Mayor of Casterbridge offers a very sensational premise; while drunk, Michael Henchard sells his wife and child to a passing sailor. Afterwards he regrets his actions, gives up alcohol for 21 years and tries to locate them both, but fails to find them. Eventually his ‘widowed’ wife returns but what ensues is a tangled web of deceit, love and retribution. A complex book with many twists and turns but an absolute classic. 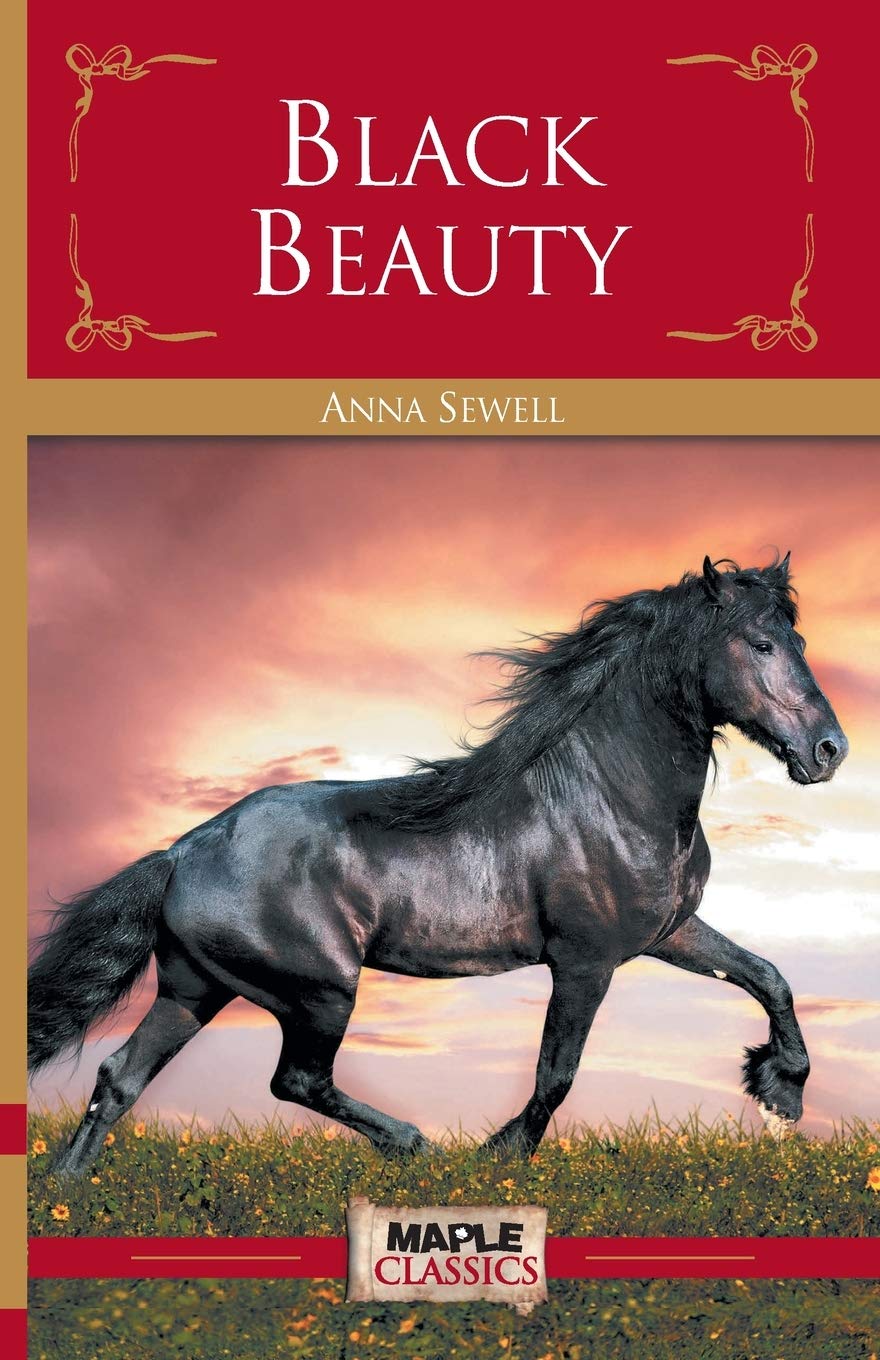 “It is good people who make good places.”

Published in 1877, Black Beauty was the first full length book told from a horse’s viewpoint. It’s the heart breaking tale of the cruelties animals suffer at the hands of humans. This book eventually influenced the abolition of the cruel bearing rein, kicked off the animal rights movement and forced more humane treatment of London’s animal cabbies. It is also a book of sensuous writing taking the reader from the beauty of a spring country to the coal coated world of Victorian London. 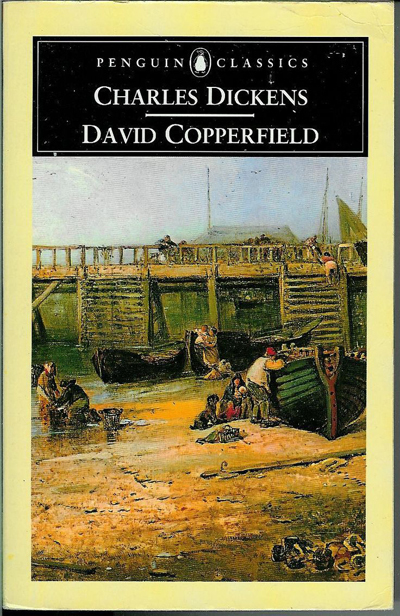 “Whether I shall turn out to be the hero of my own life, or whether that station will be held by anybody else, these pages must show.”

Published in 1850, David Copperfield is Dickens eighth novel. The novel is told in the first person by the main character David, and traces his life from childhood to his wedding. Much of the story is autobiographical, Dickens like David, was taken from school and sent to work in a London Factory. Like his creator, David achieves fame as a writer in his twenties. There are some vivid characters in the book such as his tyrannical step-father Mr Murdstone and the humble yet treacherous Uriah Heep. Mr Micawber is one of literatures great comic creations. 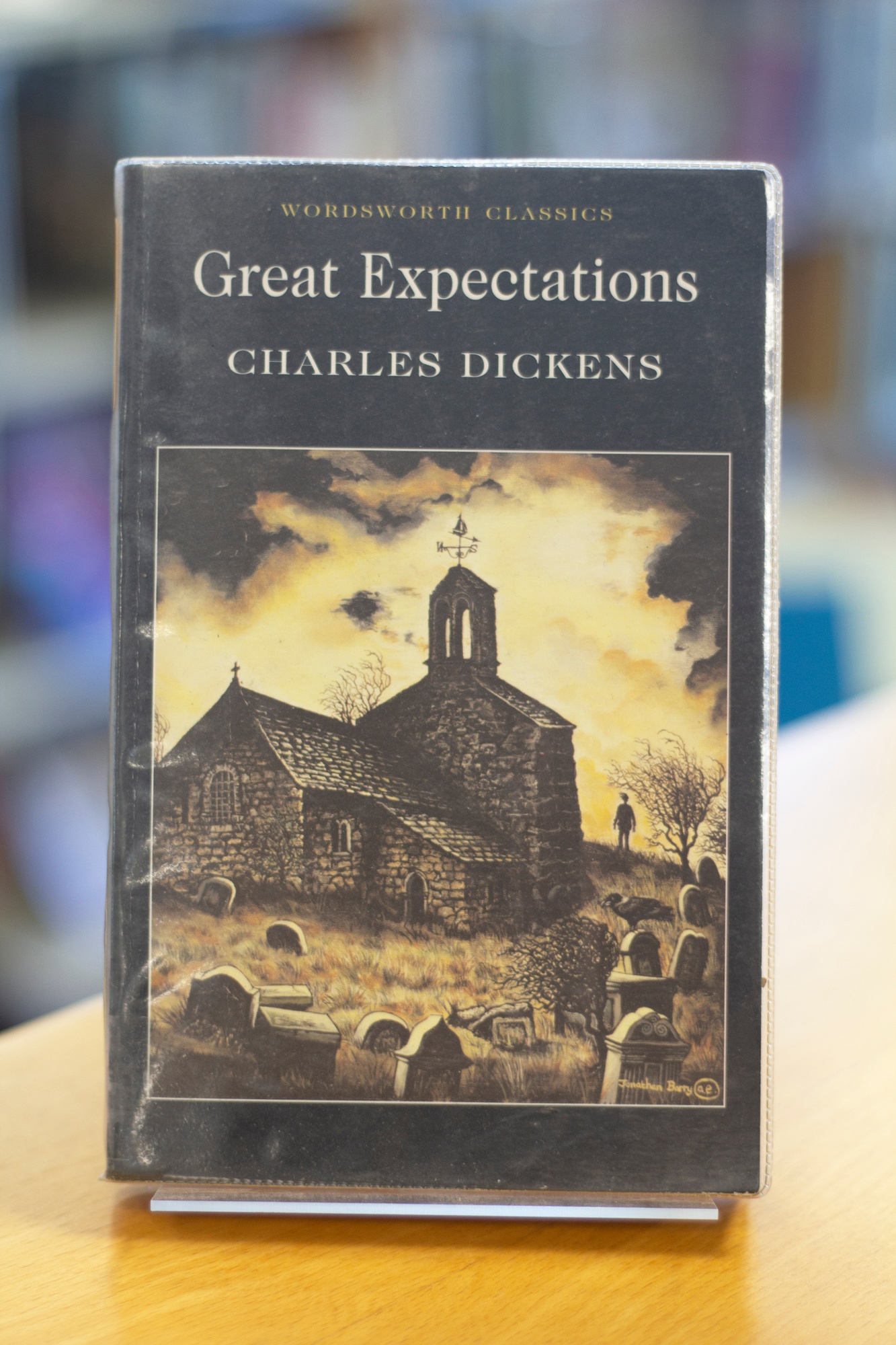 “Pause you who read this, and think for a moment of the long chain of iron or gold, of thorns or flowers, that would never have bound you, but for the formation of the first link on one memorable day.”

‘Considered by many to be Dickens’ finest novel, Great Expectations traces the growth of the book’s narrator, the orphan Phillip Pirrip (Pip), from a boy of shallow dreams to a man with depth of character. From its famous dramatic opening on the bleak Kentish marshes, the story abounds with some of Dickens' most memorable characters.'

The Picture of Dorian Gray by Oscar Wilde 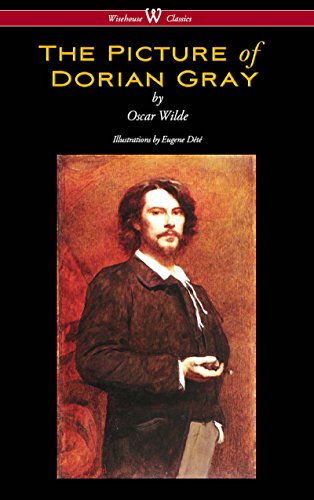 “Words! Mere words! How terrible they were! How clear, and vivid, and cruel! One could not escape from them. And yet what a subtle magic there was in them! They seemed to be able to give a plastic form to formless things, and to have a music of their own as sweet as that of viol or of lute. Mere words! Was there anything so real as words?”

Published in 1890, The Picture of Dorian Gray is a key example of Gothic fiction. Handsome Dorian has found the secret to eternal youth. As those around him age, Gray remains young and beautiful. In his attic he hides a portrait of himself, while his body remains fit and healthy, the image becomes older and disfigured with every debauched act he commits. This haunting novel has a great ending and leaves the reader with this thought ‘Be careful what you wish for!’ 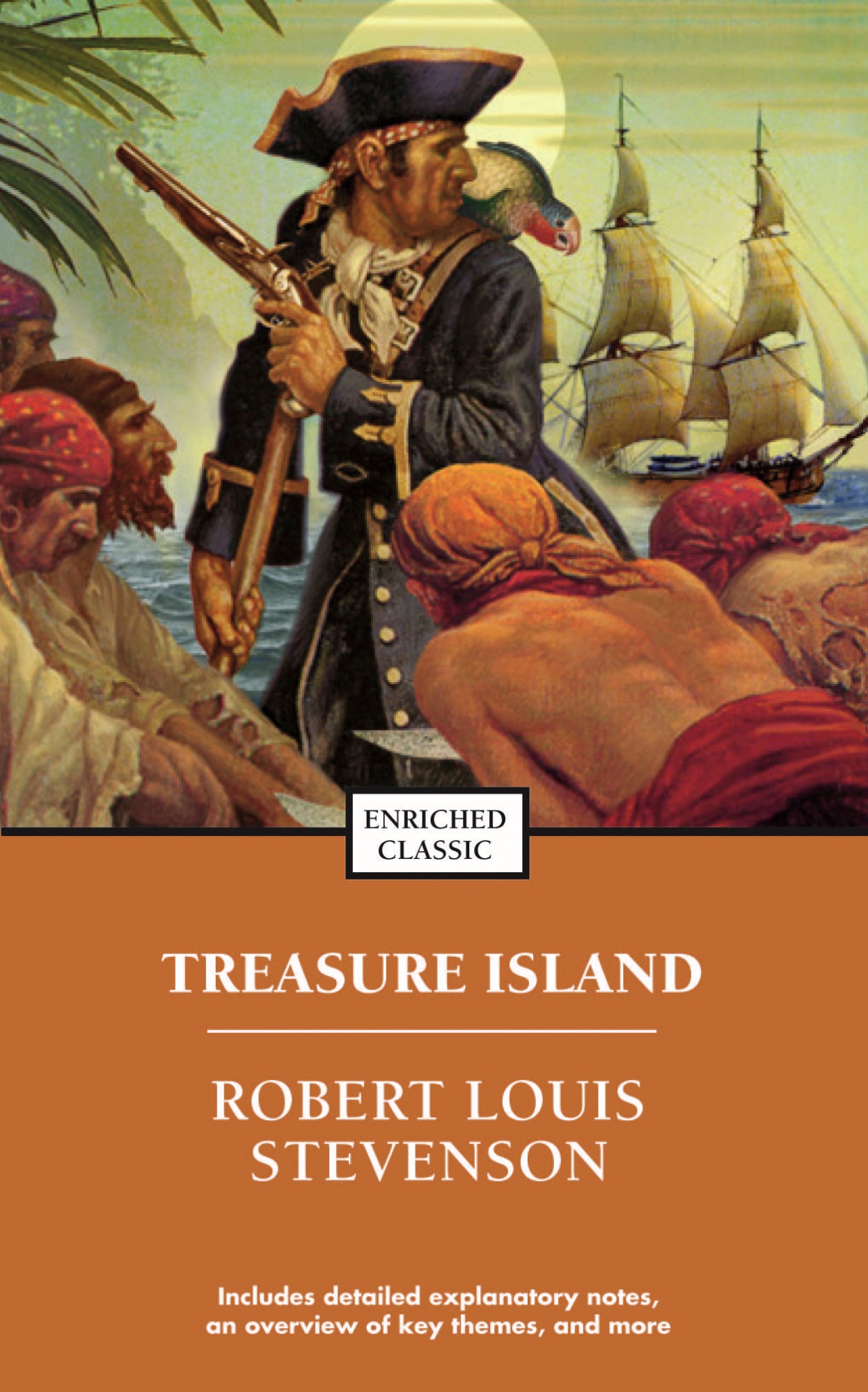 Treasure Island is one of the most enduring adventure tales of all time – a coming of age story, featuring swaggering pirates, sea battles and a quest for buried treasure.

First published in a weekly literary magazine between 1881 and 1882.Treasure Island wasn’t the first novel about a boys’ fantasy of fighting murderous buccaneers, but with its richly drawn characters, vivid prose and moral complexities, it became a defining work and a classic to boot.

It also introduced readers to one of the greatest villains in Literature, the one legged, parrot wearing Long John Silver.

“I am no bird; and no net ensnares me: I am a free human being with an independent will.”

When Charlotte Bronte sat down to write Jane Eyre she didn’t know she was writing a major work of literature.

The gothic novel about a Governess’s romance with the brooding Mr Rochester was an instant classic hit in its time and is still loved today 168 years later.

After all, who can resist a tale featuring a madwoman locked in an attic? 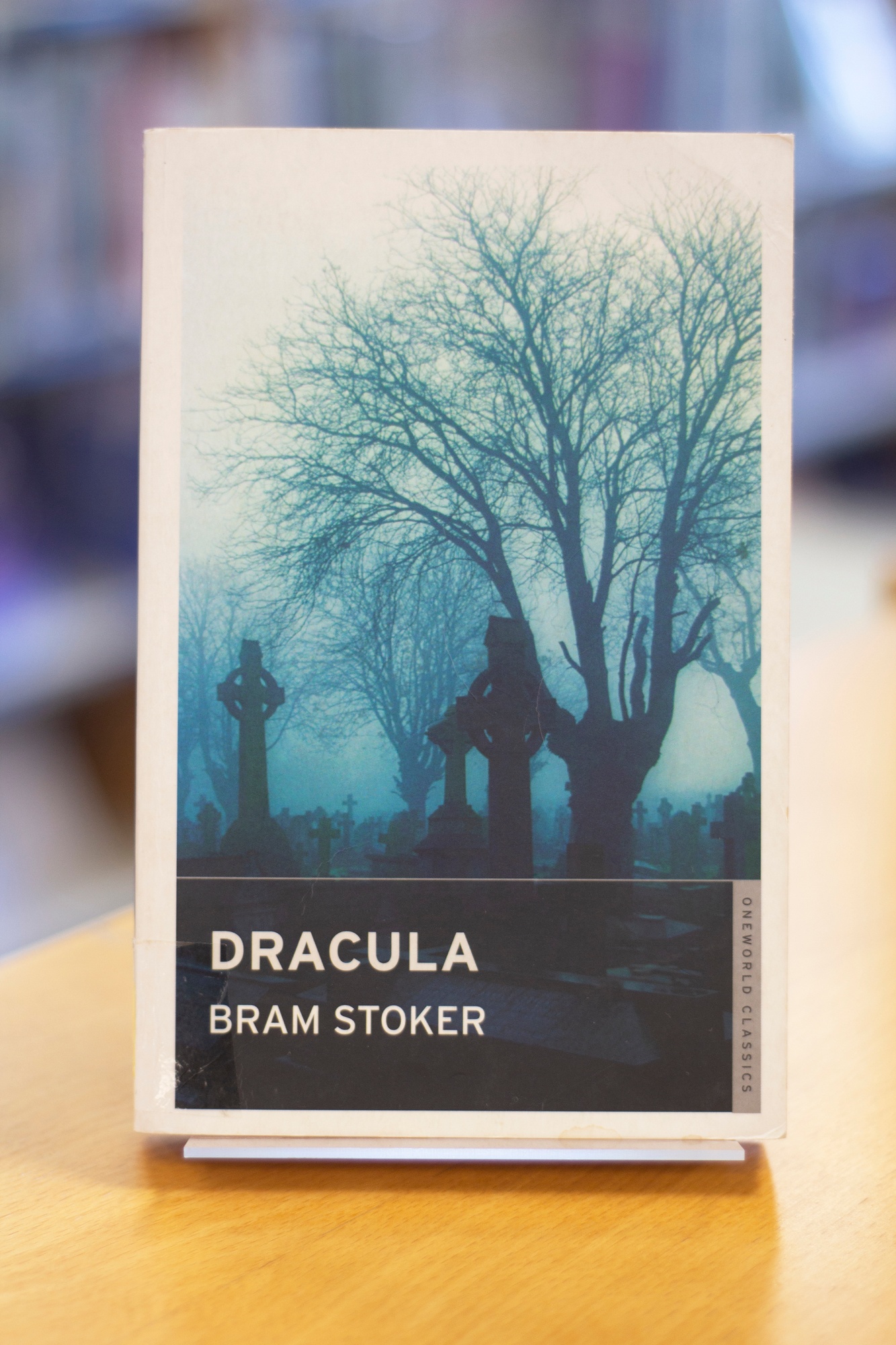 “The last I saw of Count Dracula was his kissing his hand to me, with a red light of triumph in his eyes, and with a smile that Judas in hell might be proud of.”

'Regarded as one of the most influential horror stories of all time and the inspiration for countless literary spin-offs, the tale of the young Englishman Jonathan Harker's journey into the very heart of Count Dracula's evil realm remains a compelling read to this day.' 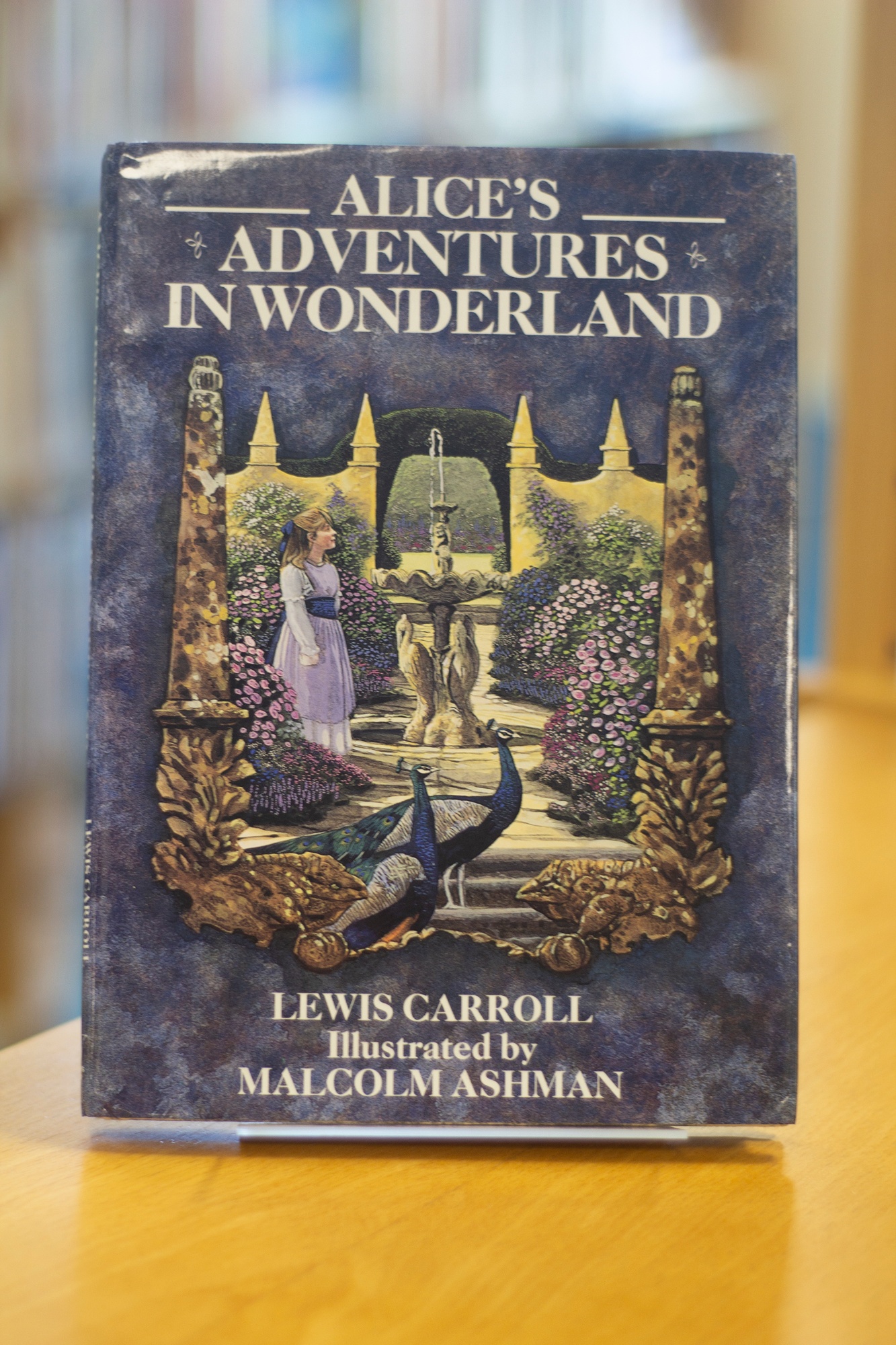 “if you drink much from a bottle marked 'poison,' it is almost certain to disagree with you, sooner or later.”

'Alice in Wonderland is one of the few truly classic nineteenth century works for children, and for this new edition Malcolm Ashman has produced a gallery of fresh and lively illustrations. The Mad Hatter, the Mock Turtle, and of course the Cheshire Cat are all here, flitting through eccentric tea parties, lobster quadrilles, and investigations into the theft of certain tarts' 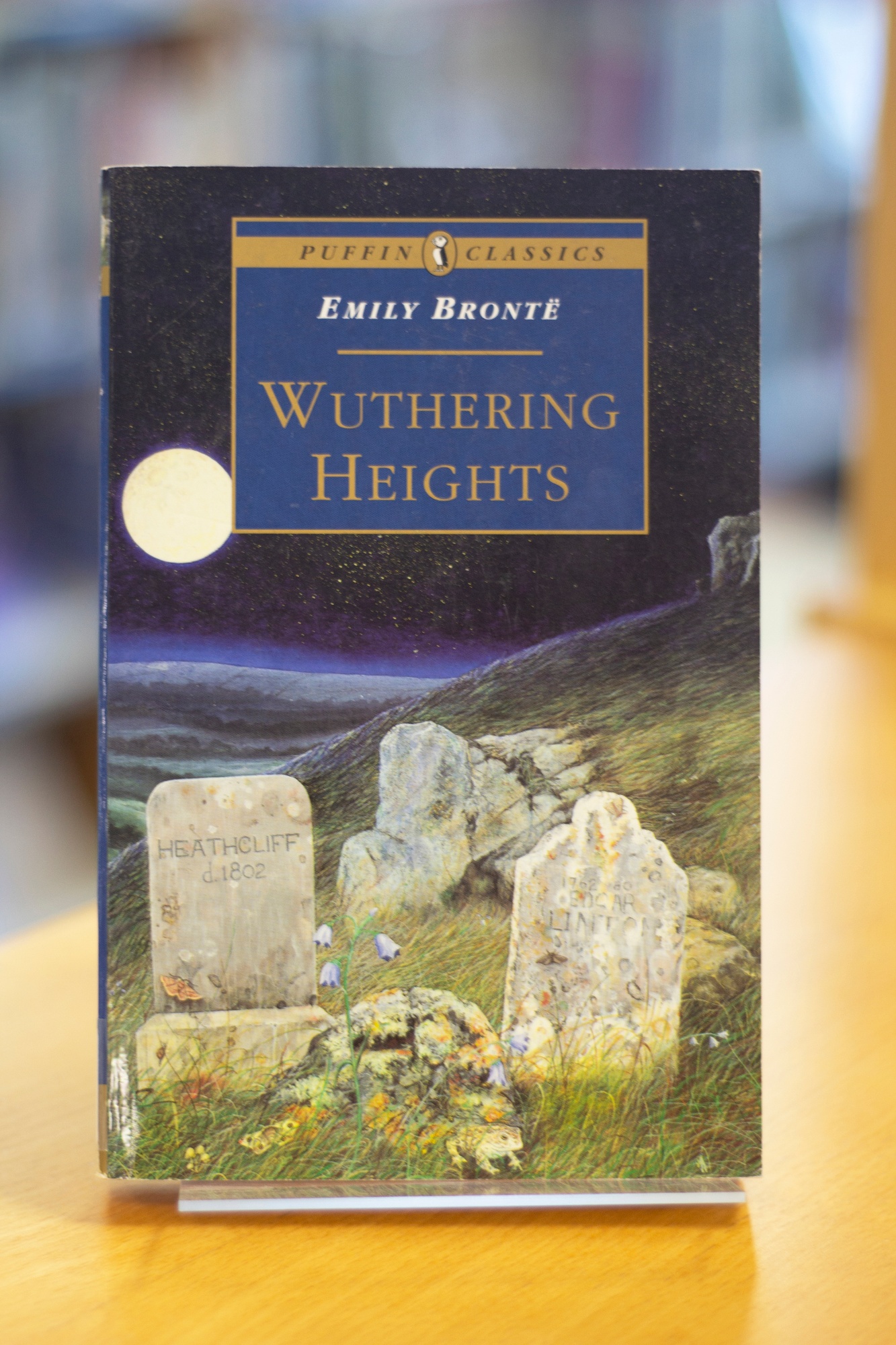 “He's more myself than I am. Whatever our souls are made of, his and mine are the same.”

'One of the most haunting and atmospheric love stories ever written. Heathcliff, an orphan, is raised by Mr Earnshaw as one of his own children. Hindley despises him, but wild Cathy becomes his constant companion, and he falls violently in love with her. When she will not marry him, Heathcliff's terrible vengeance ruins them all - but still his and Cathy's love will not die...' 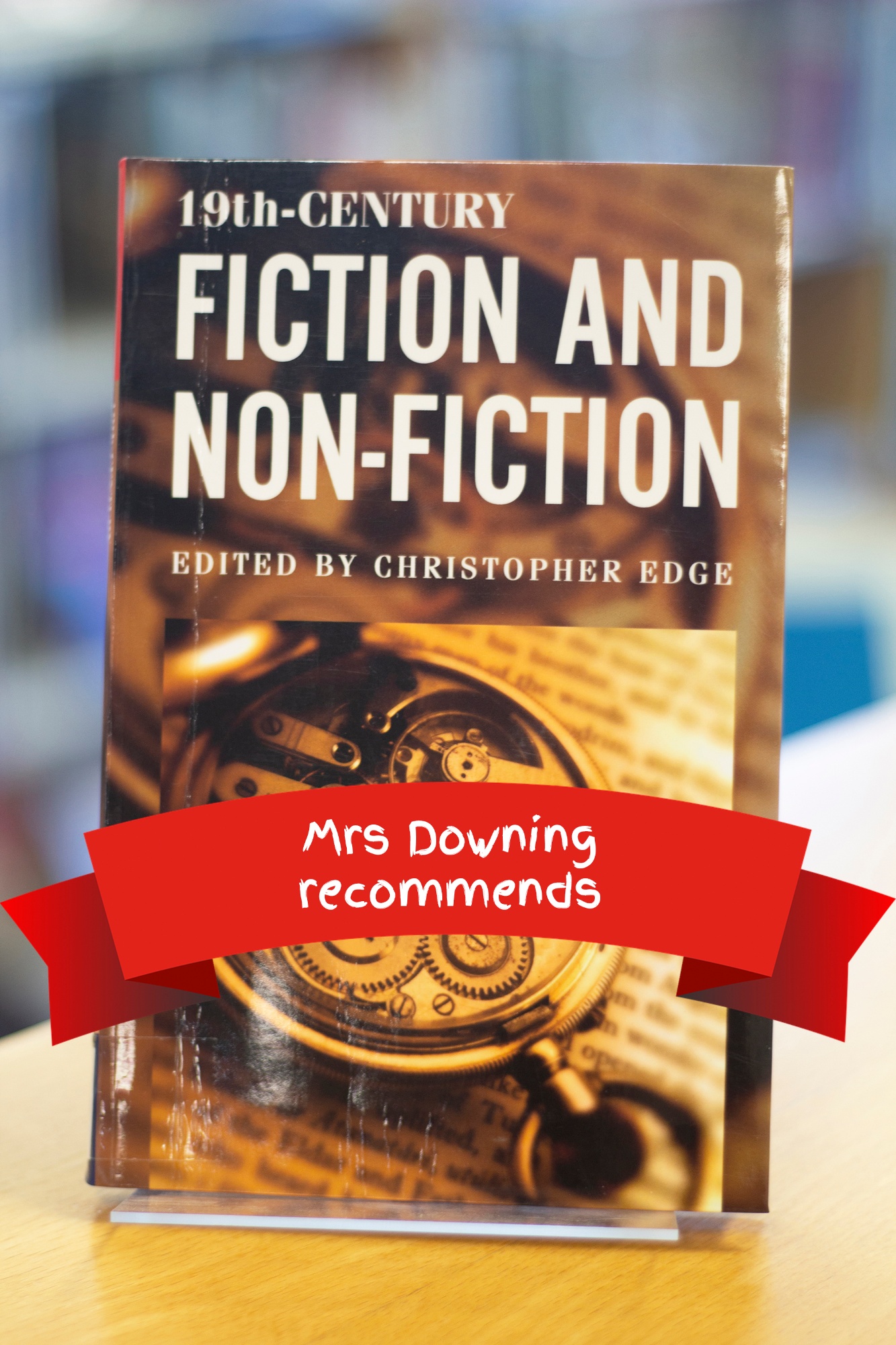 "'My task which I am trying to achieve is, by the power of the written word, to make your year, to make you feel - it is, before all, to make you see. That - and no more - and it is everything." - Joseph Conrad

'This collection captures the full range of writing from the 19th century, with fiction, non-fiction and literary non-fiction from every decade of this century organised into themes that help you to explore different aspects of life at this time.' 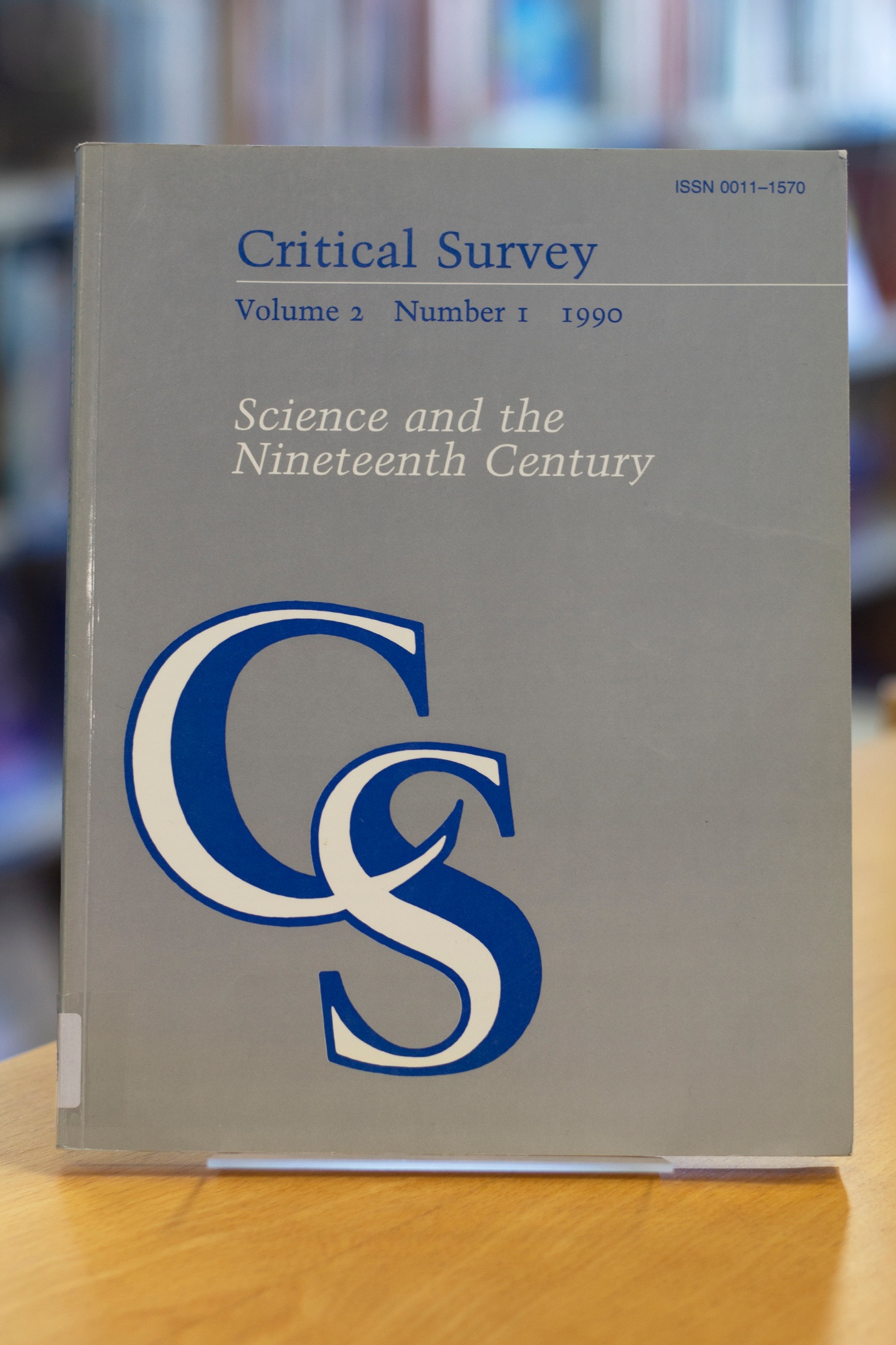 'Critical Survey is a new journal which addresses central issues of critical practice and literary theory in language that is clear, concise and accessible. It combines criticism with original fiction and poetry, providing an essential resource for everyone involved in the field of literary studies.' 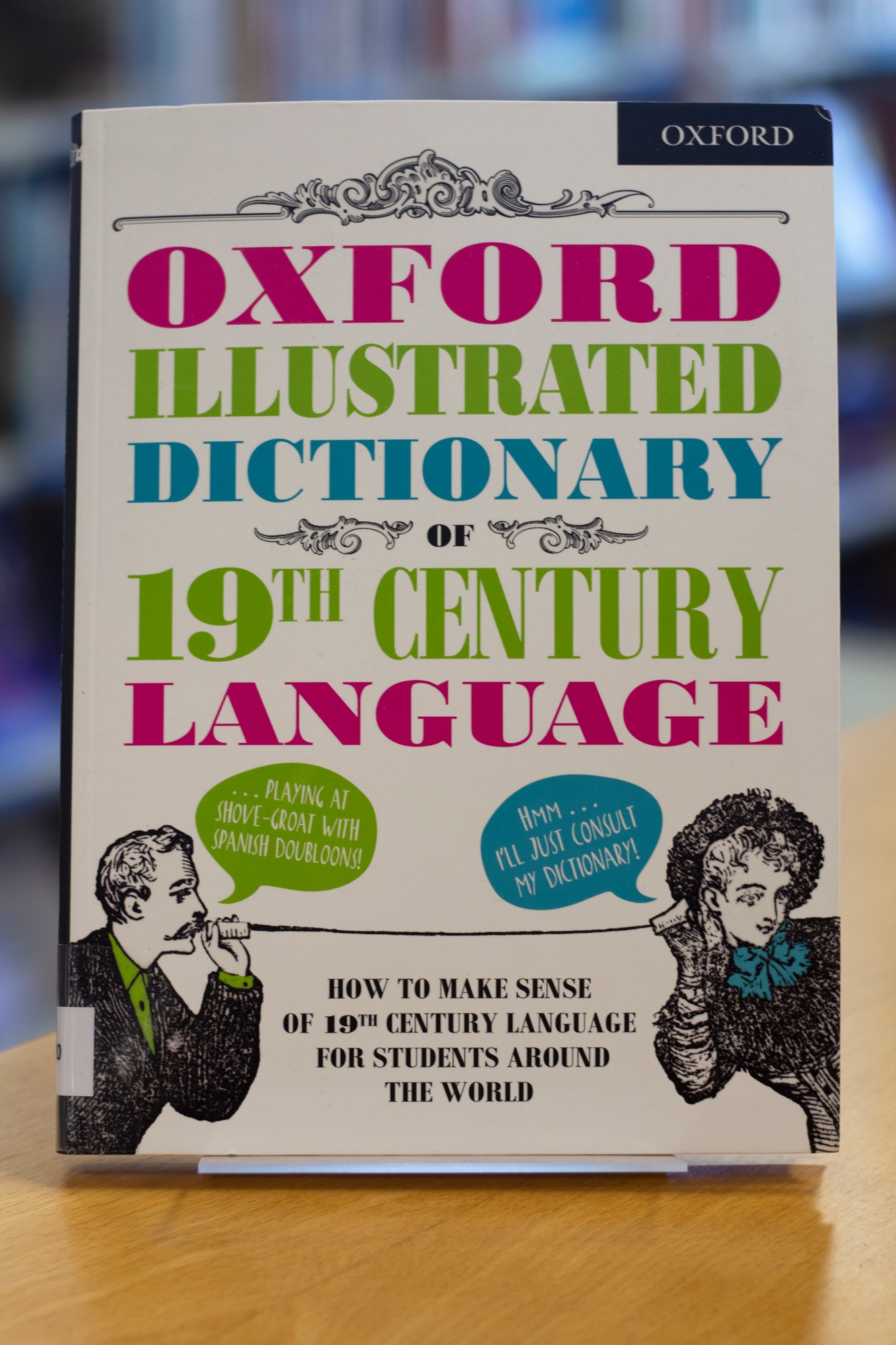 'This dictionary unravels the intriguing, fascination, and rich language of the most studied 19 century texts with clear explanations for unusual words, unfamiliar spellings, dialect, and expressions.