Last year’s Year 13 student, Harry, has spent the first four months of 2022 travelling around Mexico after he achieved the top grade in his A-Level Spanish course. He starts his degree in Spanish and Latin American studies at University College London in September. Here he shares news of his travels so far! 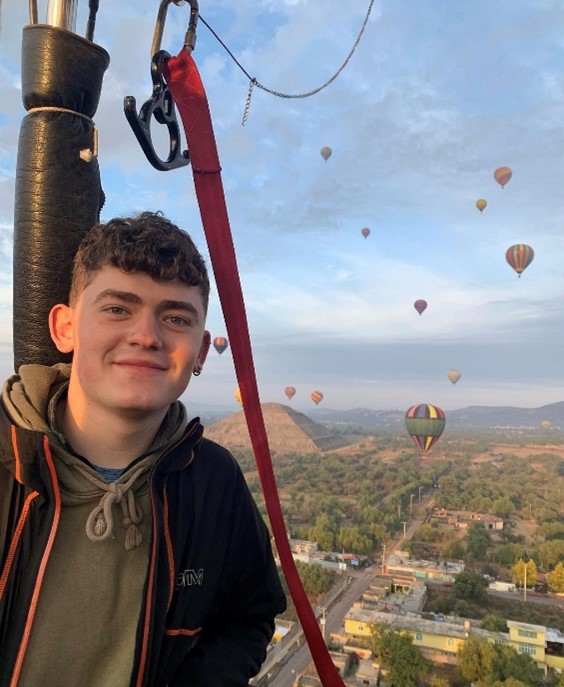 I had been thinking of travelling around Latin America for years, and the idea of doing my first year of university online solidified my choice to take a year out. I worked locally to save up and booked a one-way flight to Mexico City. Leaving the Cumbrian winter behind I arrived in Mexico City mid-January and spent a week exploring the massive city. The city is actually built on a lakebed, and the identifying features of this are the old colonial buildings which sink into the ground multiple inches per year, and the few canals left in the south of the city, which were great to see accompanied by floating mariachi bands. Having studied Frida Kahlo’s art at during my Spanish A-Level, going to her house-museum was a must, and a sun-rise hot air balloon ride over the Aztec city of Teotihuacan was definitely a highlight.

I then travelled into the State of Oaxaca, which is world-famous for its food and drink. 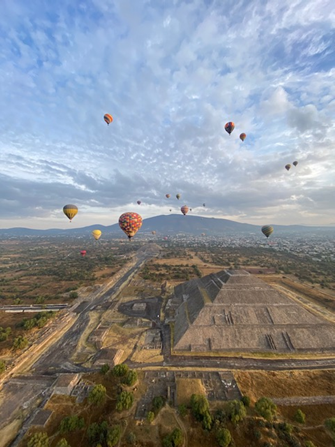 Oaxaca City itself is a colourful and lively city, and the huge food markets and mountain top Zapotec ruins were a great way to spend my time. Moving through the Oaxacan mountains I went to Puerto Escondido, a boiling surfer town on the pacific coast. The amazing pacific beaches up this coast were a great place to learn to surf, and the rural lagoon town of Chacahua gave us a real deserted-beach Mexican experience, as well as a swim with bioluminescent plankton under the clear view of the Milky Way. After a stop at the small town of San José del Pacifico above the clouds in the mountains, I moved over into the state of Chiapas - Mexico’s most Indigenous state. 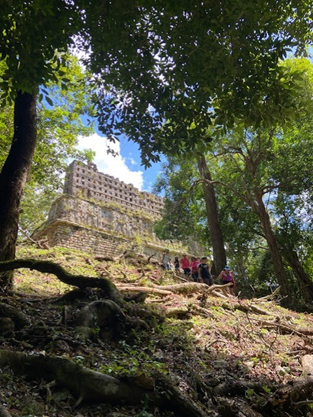 The city of San Cristóbal de Las Casas quickly became one of my favourite places, with vibrant streets full of culture, history, local crafts sellers, food, and music. Spending a week here I visited the huge Sumidero Canyon, the amazing El Chiflón waterfalls, and we even managed to go to an international Jazz festival. After a week I hopped on a colectivo - a local small mini-bus used as public transport for 7 hours and arrived at Palenque, a town perfect for lovers of waterfalls and Mayan Ruins. I visited a few waterfalls, each with free guides who take you cliff jumping off the falls and into caves under the water. I also visited the Mayan ruins of Yaxchilan and Bonampak; two impressive ruins deep into the jungle on the Guatemalan border. These less popular ruins were my favourite out of all the ruins I’ve visited, even though I did have a freaky run in with some howler monkeys. 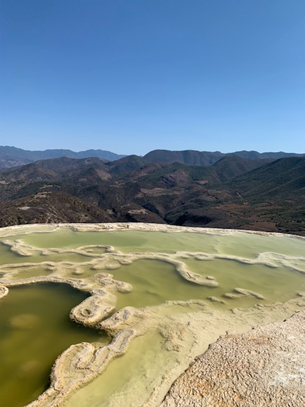 I then left for Campeche, an old walled city on the Gulf famous for its pirate history. I visited the amazing ruins of Edzná, where my only company was Iguanas - so cool to have the ruins to myself! Before moving into the heart of the Yucatán Peninsula - Mérida. Here I experienced the big must-do for Yucután - cenotes. Cenotes are crystal blue, fresh water pools native to the peninsula formed from limestone. They are usually quite deep, and 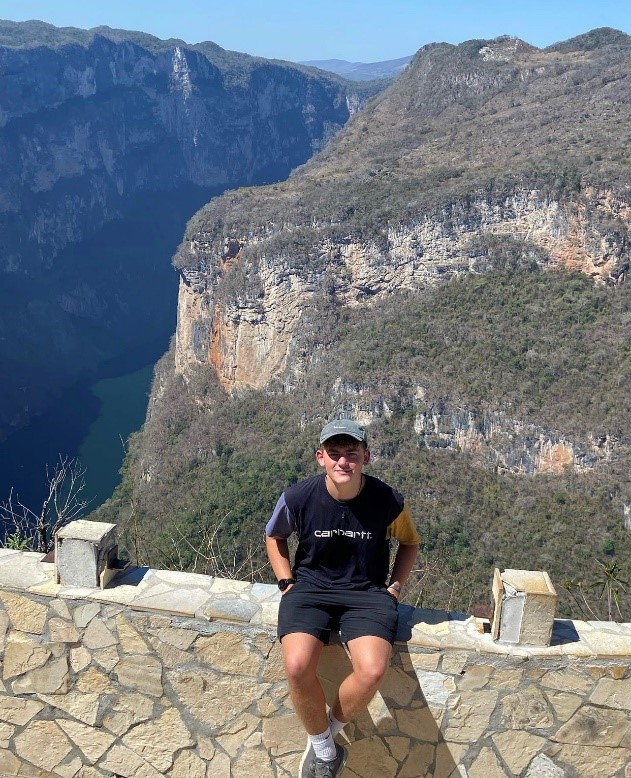 usually connected to an underwater cave system. Getting on a local guy’s bike cart, he took us to 4 amazing cenotes near Mérida, a few of which have jumping platforms and rope swings. In Mérida we also saw a recreation of the Mayan Ball Game, where two teams try to get the ball through the small and high hoop without using there hands or head. Once the first round is completed, they set the ball on fire and continued to play until a winner was found. After a salsa lesson, and a margarita making class, I jumped on a bus to Valladolid - the stop-off town famous for Chichén Itzá. Trying to beat the tour bus crowds I caught the colectivo at 6:30am, and arrived at the World Wonder first in queue for that days tickets. The pyramid itself didn’t blow me away, but the archaeological site is HUGE, and featured a plaza of 1000 columns, two cenotes, an observatory - features I hadn’t previously seen in Mayan ruins - and the best rock carvings I’d seen so far. After Valladolid it was time to head to the Caribbean coast - the last stretch of my Mexico trip.

I started in Isla Holbox, an amazing island in the north of Quintana Roo state, where the shallow sea lets you walk on sand banks for miles to secluded beach spots with turquoise water. I then went through Cancún to Isla Mujeres, a small island famous for its resorts. After a few days of cycling around the island, beach hopping, and jumping on a few motorbikes I went back on a ferry and went to the expensive town of Playa del Carmen, where the boat to Cozumel is. Cozumel is the largest of the islands on this coast, and it has one of the best reefs in the world - perfect for me to get my PADI open water scuba diving license. I spent 4 days diving with nurse sharks, puffer fish, sea turtles, sting rays, lion fish, eagle rays and so many more underwater creatures, and now I can dive anywhere in the world up to 18m deep. 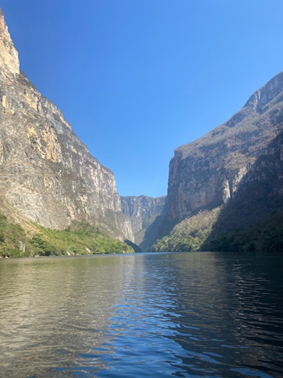 After leaving Cozumel and passing through Tulum, I arrived in Bacalar, a small town on the so called Lagoon of 7 Colours. This less discovered part of the coast was a great way to relax and get sunburnt again - I’ve lost count how many times at this point. Bacalar was an amazing place for a fresh water swim, some amazing burritos and an unreal sunset boat party.

I am writing this while sitting on a plane to Mexico City again, where I will spend another week in the outlying towns - mostly in Guanajuato, before beginning my month-long Guatemala visit and maybe a Belize trip next week, where I’m hoping to island-hop around huge Lake Atitlan, climb the active volcanoes Acetenango and Fuego, visit the biggest market in Latin America in Chichicastenango and see the Mayan ruins of Tikal in the jungle before I fly home for the great rainy British summer in June.