Lord of the Flies Production 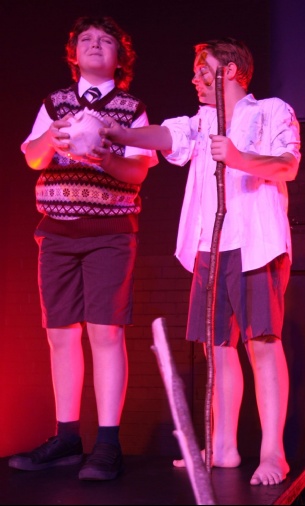 Set on an uninhabited island, a group of school boys struggle to organise their social pecking order. The unnamed war they are fleeing and the lack of information offered of their backgrounds gives a timeless quality to William Golding’s masterpiece of dystopian fiction….

…but is it a fiction, or a representation of not only what happens when authority figures are removed, but what exists beneath the surface in all our psyches?

Our adaptation has been a stripped back version of Golding’s original masterpiece. 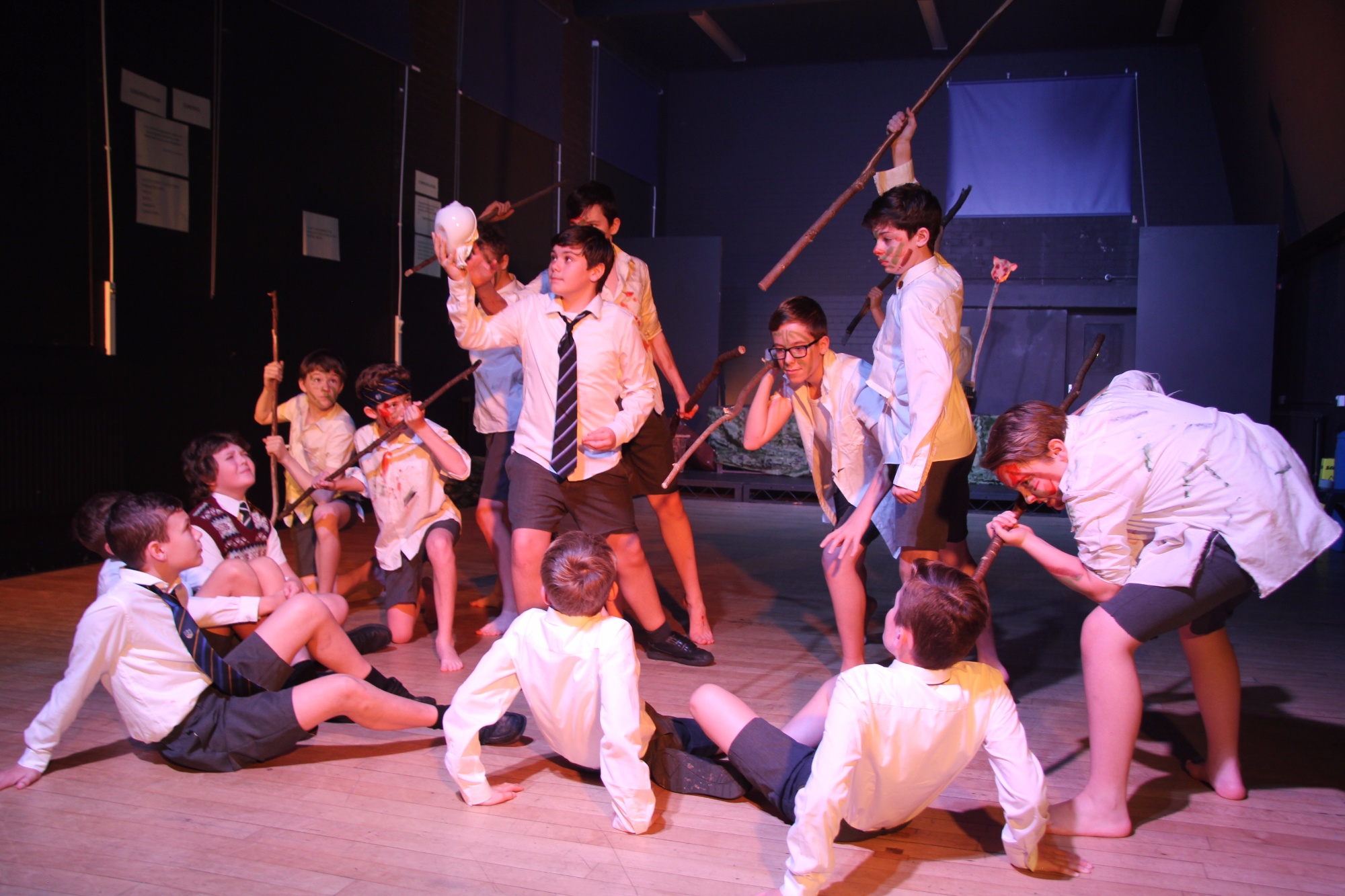 It puts the relationships of the boys under close scrutiny and presented what lies beneath the arguable fragility and frailty of the laws, morals and beliefs that hold society together.

The cast were amazingly astute, and enthusiastic to explore the rivalries that arise between their characters in the play.

It was a sheer delight working with each and every one of the cast. Their zeal and boundless energy was an inspiration to us all on the staff directorial team. 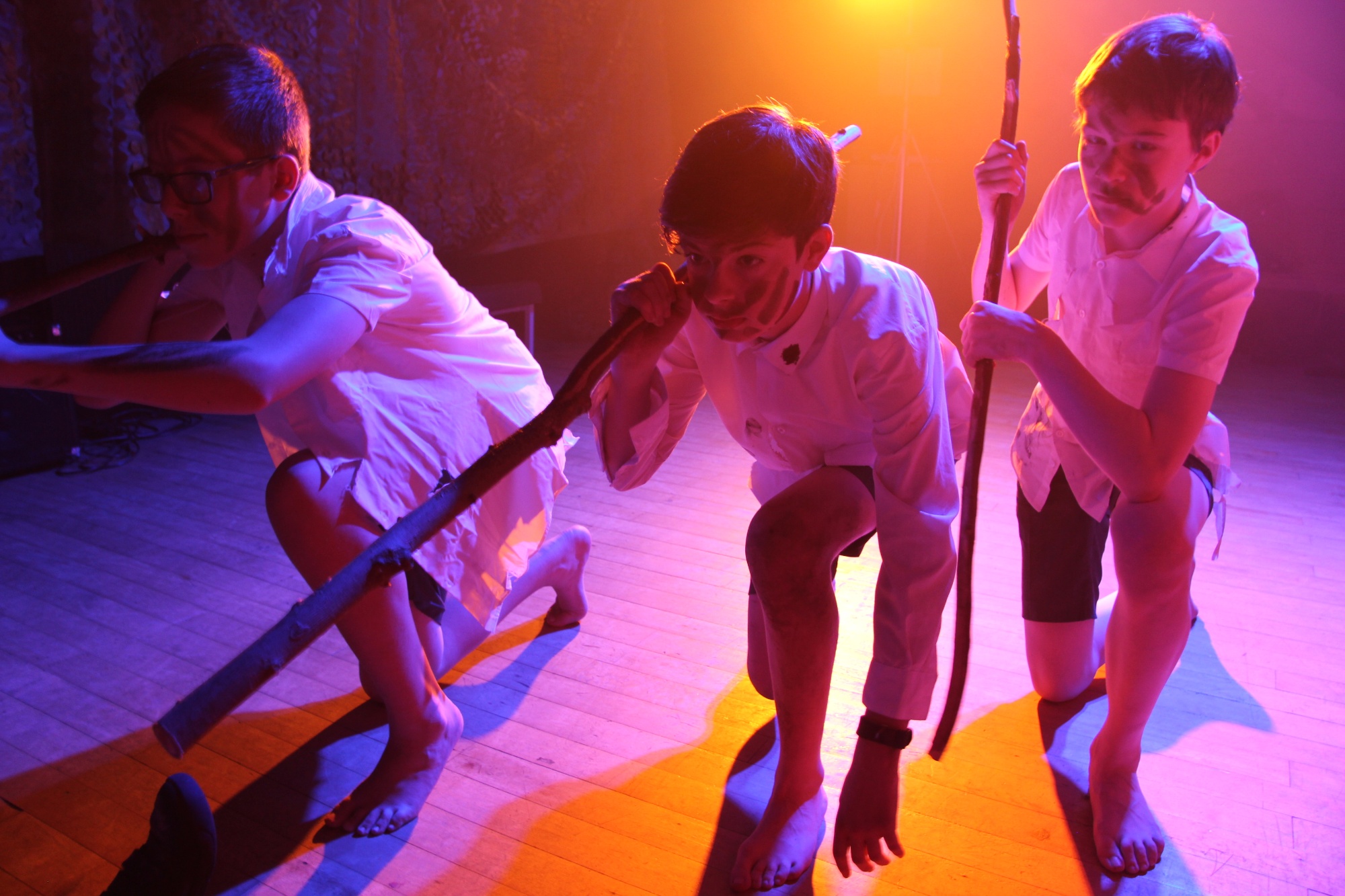 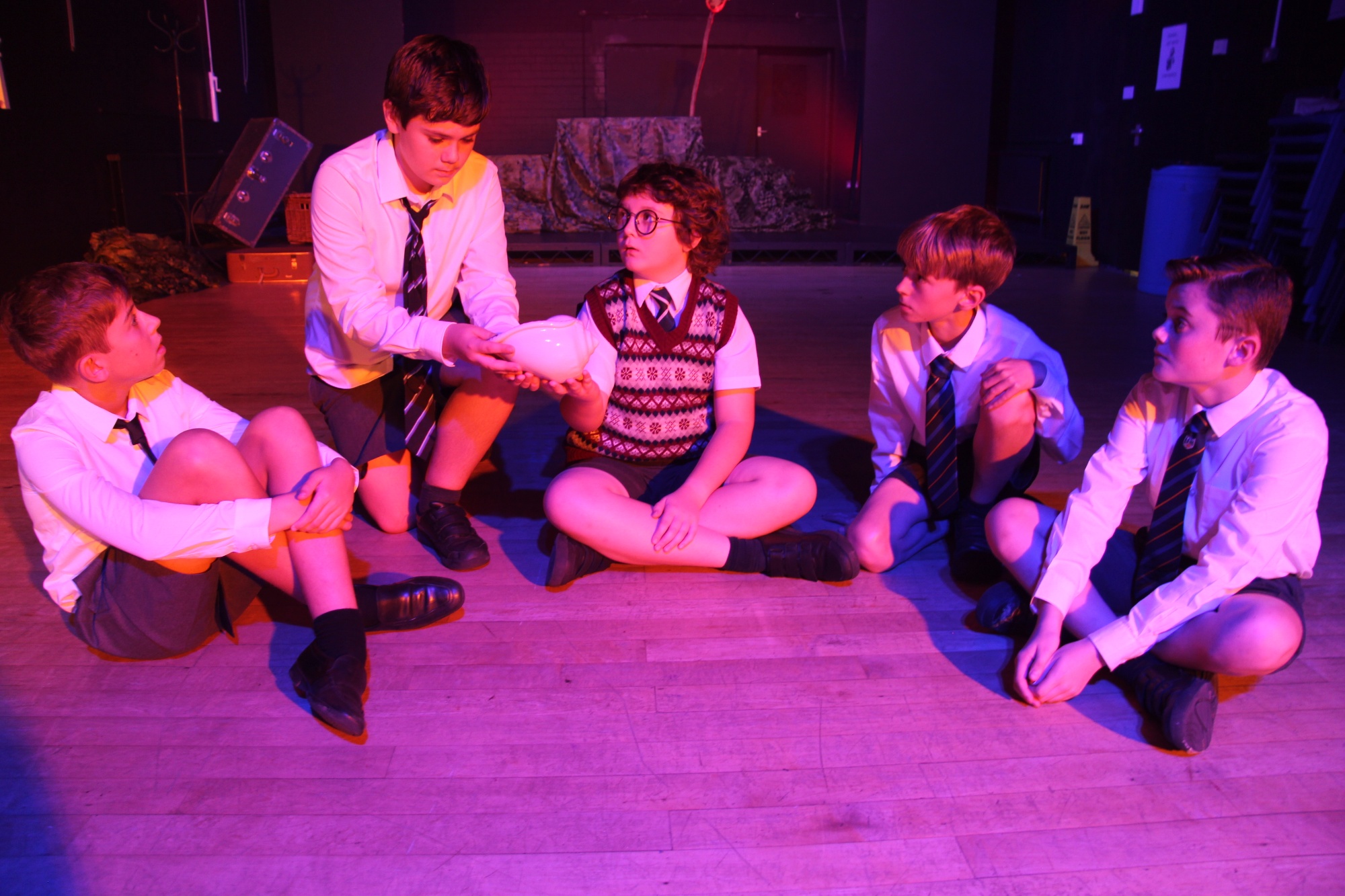 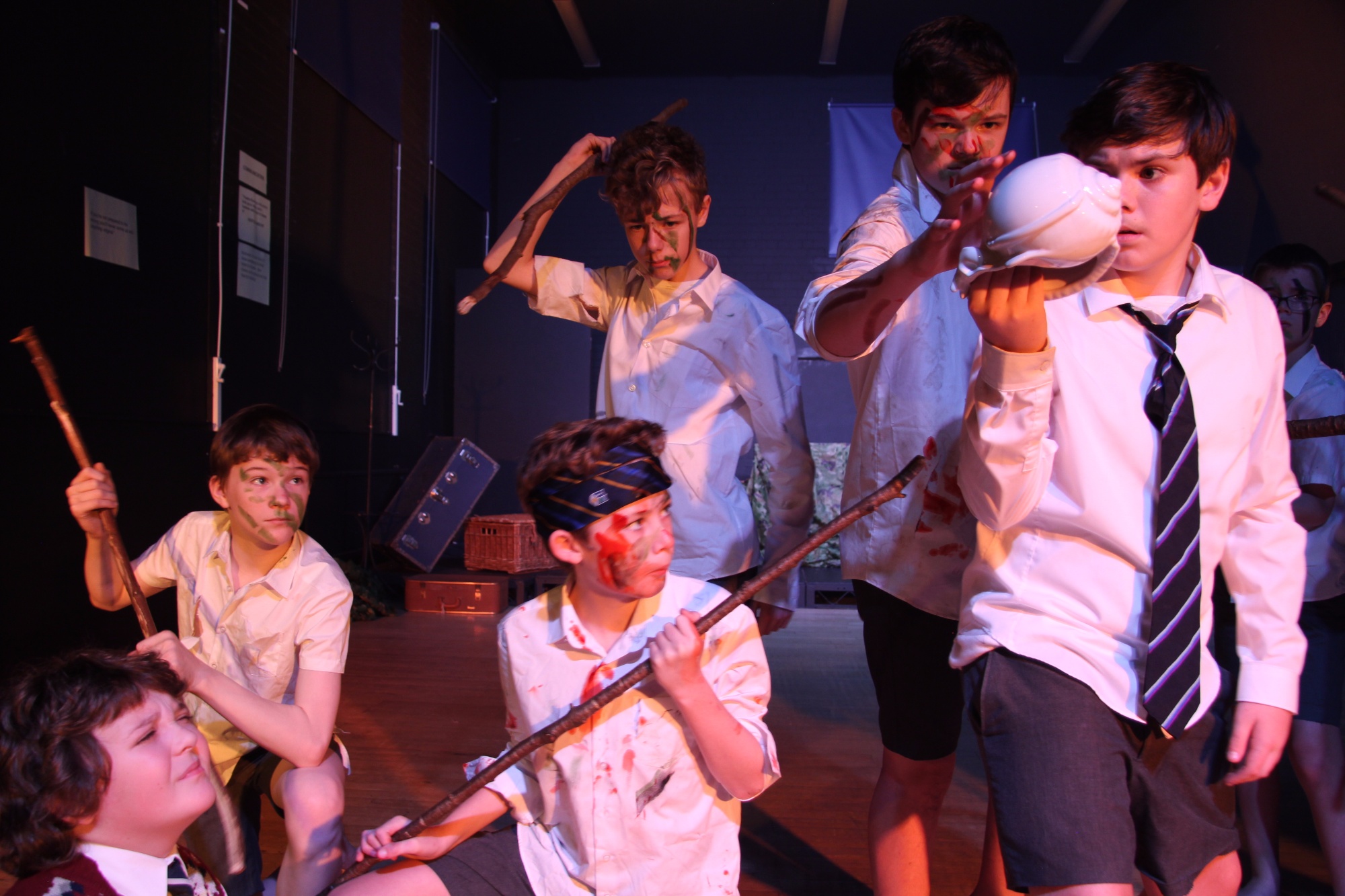