The restaurant, which has now been opened twice this year, was staffed by students from Y7 through to Y11. 30 guests enjoyed a 4 course fine dining meal which included ingredients such as crab and quail.

Joining Mr Hall (who acted as Head Chef), and UVHS students was Steven Doherty who has 3 Michelin Stars and has worked with the likes of Gordon Ramsey, and Michelle Roux Snr and Jnr. He worked alongside students in the kitchen, and even did his fair share of washing up! Steven was joined by Val and Debbie from the English Lakes Hotels, Resorts & Venues, as they have started a new culinary academy which offers young people a second option other than catering college. Steven, and English Lakes are ambassadors for Aroma Catering, and Mr Hall is a huge supporter of their academy. 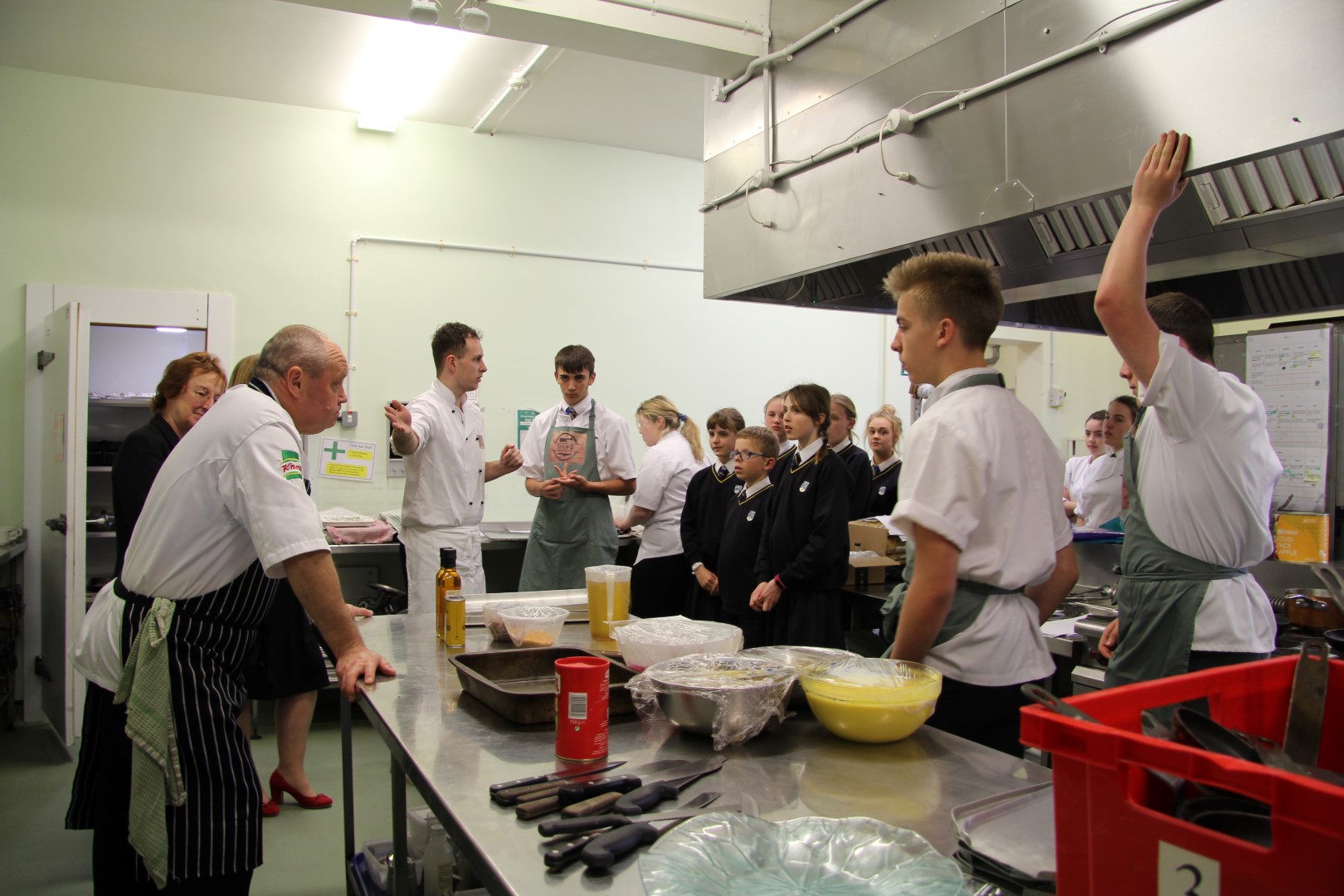 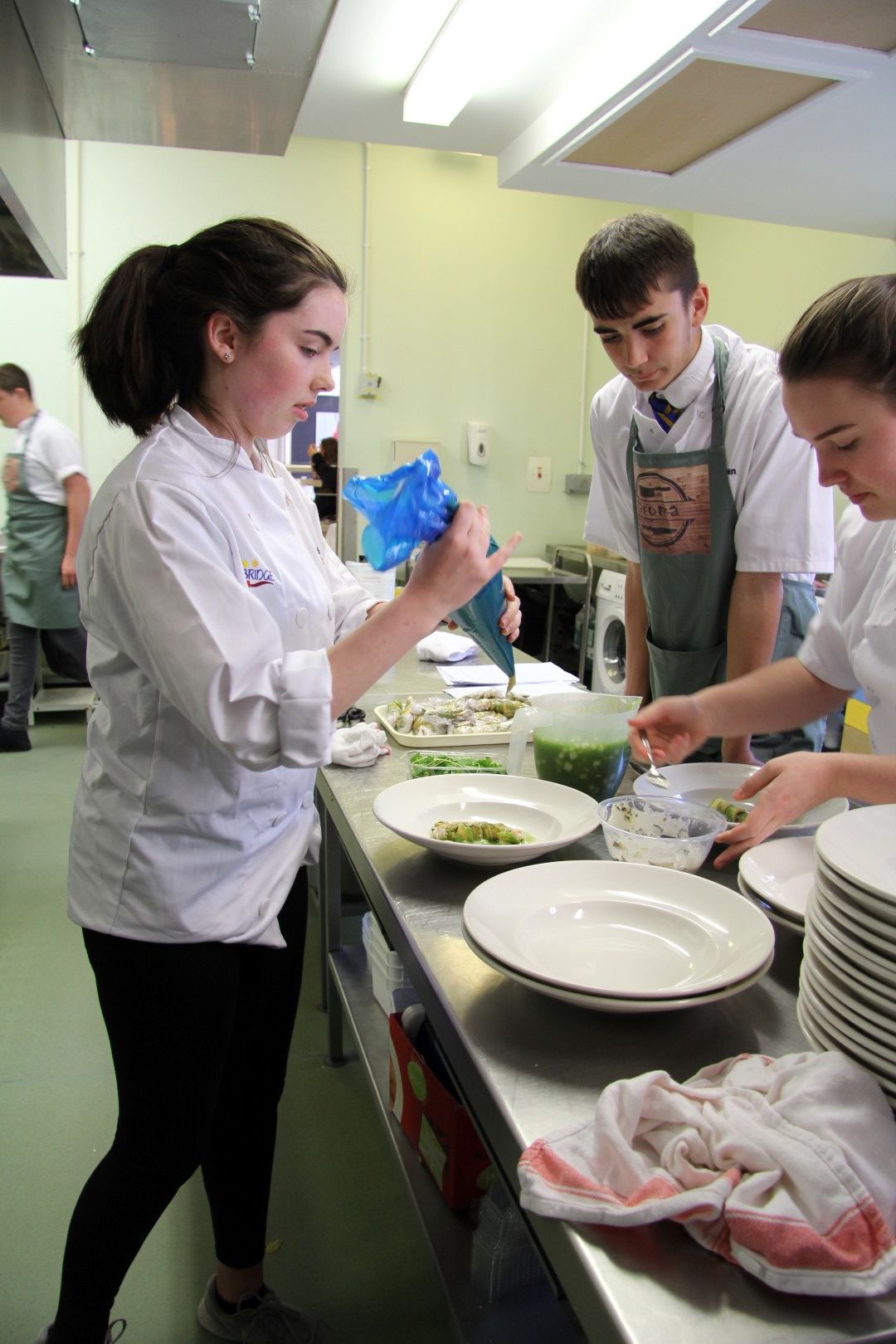 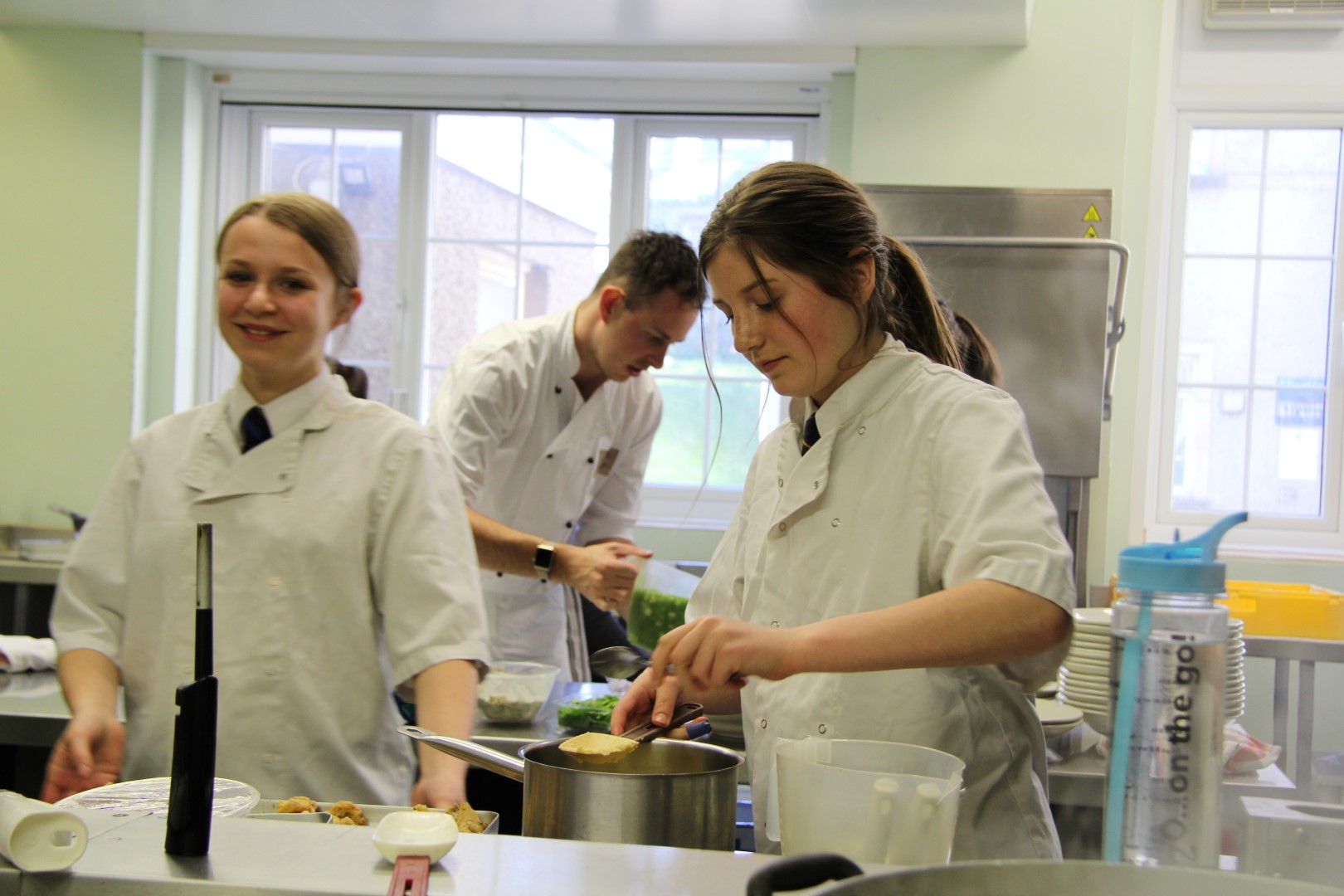 The academy will feature a number of UVHS students next year as Jamie, Alfie, Niamh and Ethan (all in Y11), have all been offered places! Huge congratulations to them.

The money raised from Friday's event has been split between the ADT department at school, and the Aroma Foundation which aims to make catering college, and careers in catering a real possibility. For more information on Aroma, and to apply for funding, please visit the website – www.aromacatering.co.uk