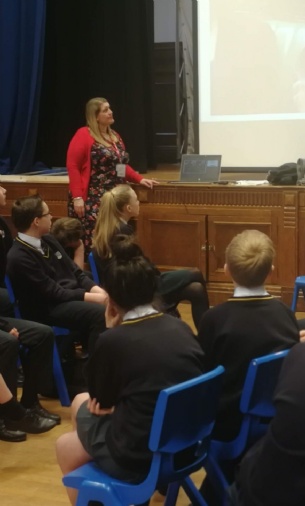 Pupils learned about the law making process and the other roles performed by MPs and Lords.

After the assembly 24 pupils went on to participate in a special workshop on the Parliamentary law making process where they learned how a Parliamentary debate takes place, the responsibility of MPs to represent their constituents and how a vote, or ‘division’, is held in the House of Commons.

The pupils used this opportunity to debate the question of whether or not to ban single-use plastics. The pupils took on the role of the government and opposition with one pupil taking the role of Speaker of the House.

Everyone enjoyed the experience and will be able to make use of their knowledge and new skills during the Year 8 Parliament activity during enrichment week. 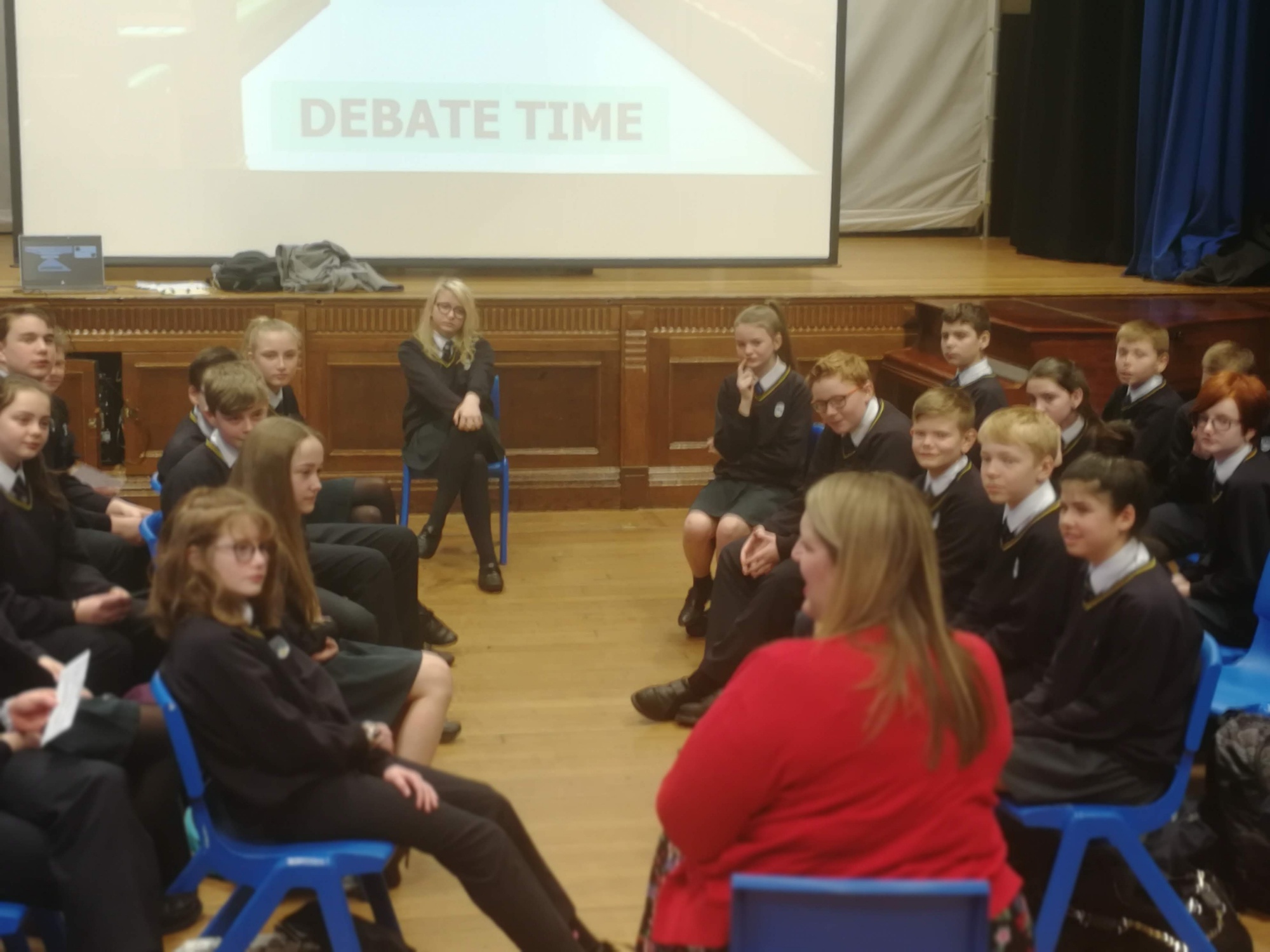