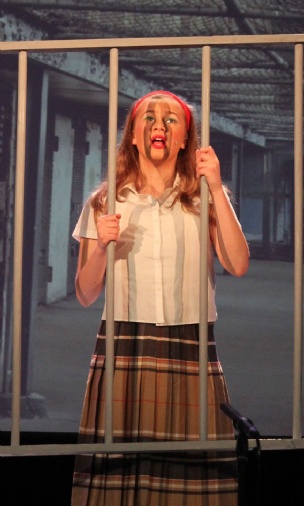 After a successful production of ‘Me And My Girl’ in 2017, followed by ‘A Night At The Musicals’ in 2018, we decided to embark on a less traditional annual school show. Thus the plans for staging the musical ‘Hairspray’ began.

Both students and staff alike enjoyed the challenges that Hairspray presented. For example, how to re-contextualise the content while staying true to the story. Also how to tackle the high degree of choreography and synergy between spoken lines, songs and live music. Moreover, there was the annual autumn production and Christmas pantomime to consider. As well as the end of term concert, musical performances alongside the Royal Marines Band and day to d 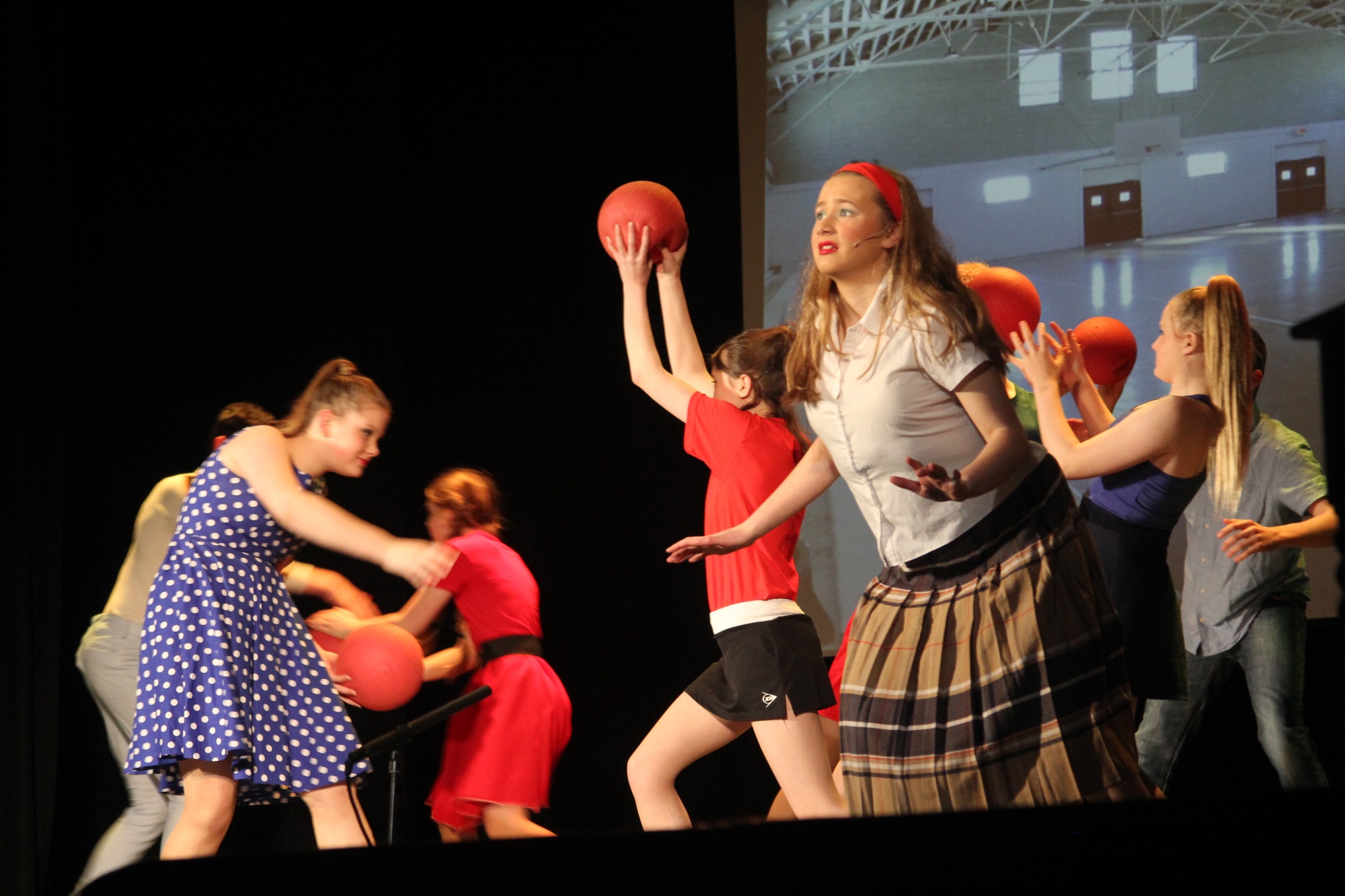 ay events. Nevertheless, despite a busy schedule production rehearsals continued and the students showed great enthusiasm, tenacity and commitment throughout the rehearsal process.

The three sell-out performances at The Coro were absolutely outstanding and reflect the deep pool of talent we have in all the year groups here at UVHS. The cast were supported by fellow students who ran all aspects of lighting, sound and stage management. There was of course the superb student band that has now become the expected norm. Showing this really was a whole-school production. 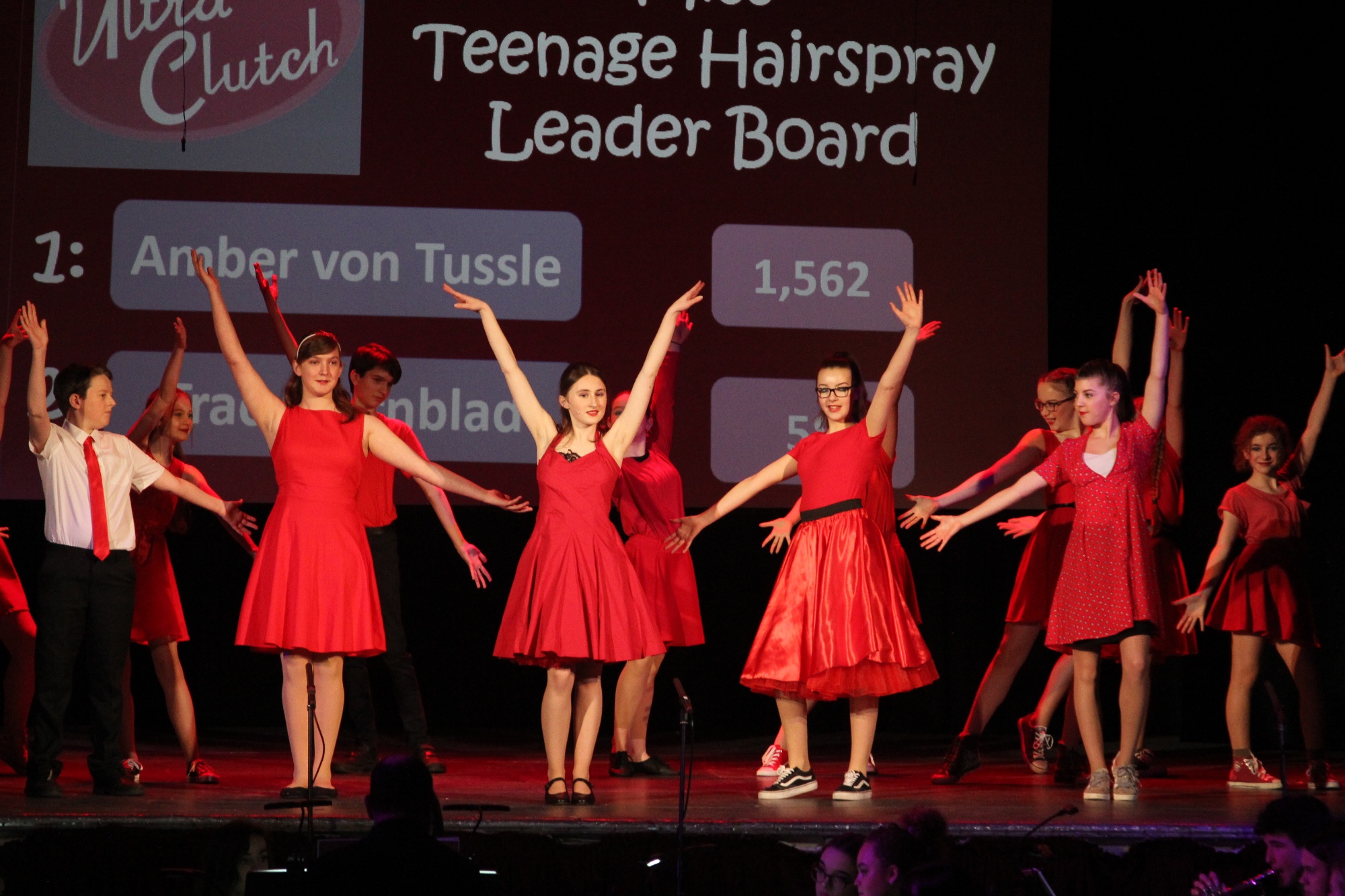 During the last few days of rehearsals when final modifications were being made, I couldn’t help but reflect upon the journey that the students and staff had been on since we began the project in the autumn term. The commitment shown by the students was tangible. Where lines had once been forgotten or a script relied upon, where feet weren’t keeping time during a dance, all seemed to come together and there was flowing harmony. The students had ownership of what was now very much their production. It was a proud and poignant moment and reminded me of why I enjoy the role of Head of Drama at UVHS so much. 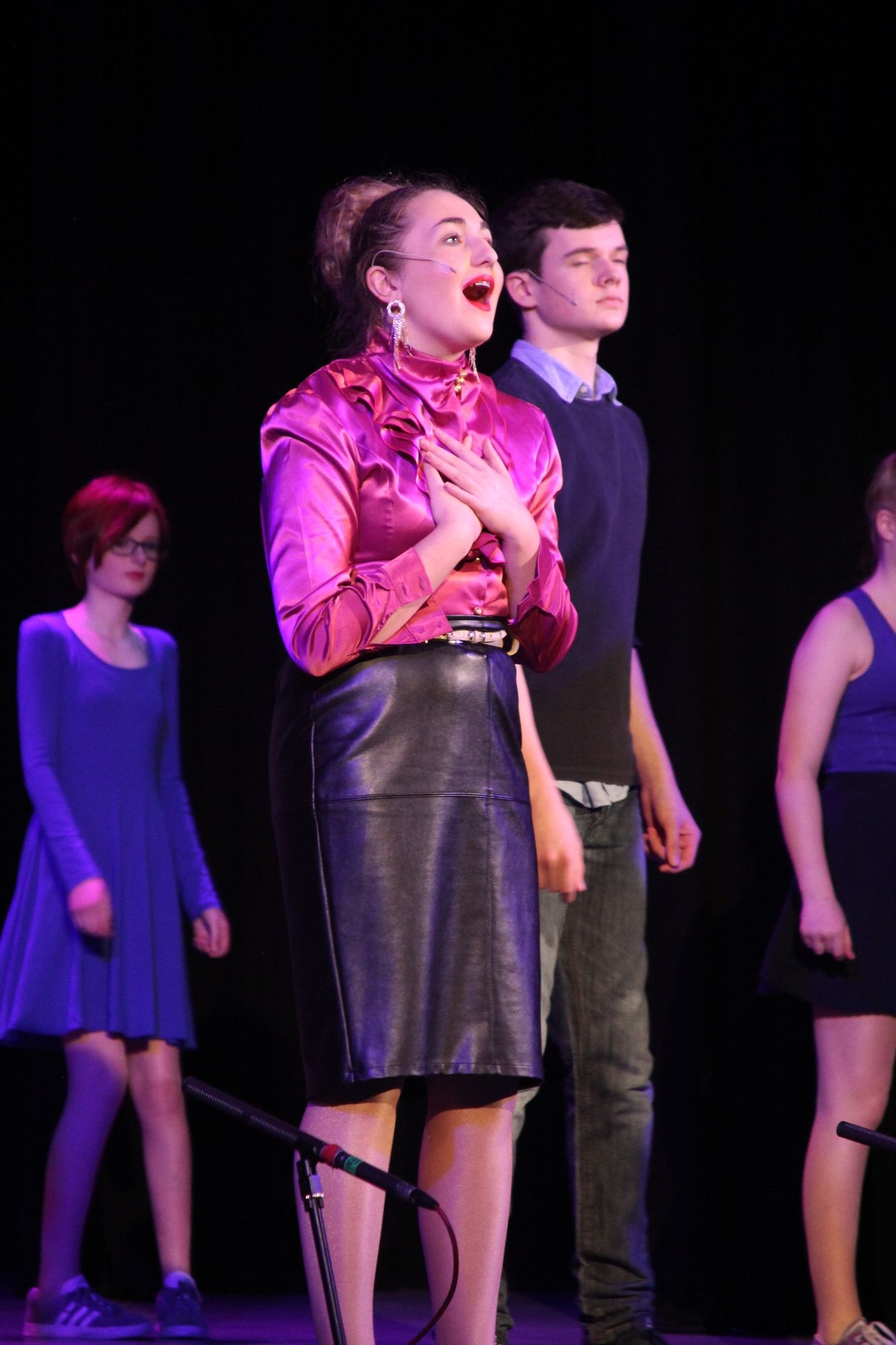 It would be impossible, or at the very least excruciatingly difficult to produce a school production that demands so many different facets single handedly. I feel ever indebted to the boss Mr Butler, for his support, musical direction and boundless energy. Also to Mrs Heginbotham for her skilful musical input. Beyond the Performing Arts department we have built a team of teachers from across a range of subject areas who give up their free time to help make things happen. Mrs Cooper and Mr Rice have been fantastic assistant directors, and Miss Bird was her usual brilliant self as choreographer. Miss Walmsley and Miss Thompson also helped with scenery, props and the running of an efficient backstage area and dressing rooms. It couldn’t have happened without them.

I think the cast’s experience can be summed up in the words of this year’s lead Jess Charlesworth who said “I feel that the school productions are always of an amazingly high standard. It’s felt so inclusive, too – working with the younger students and seeing them experience being involved in the commitment of the show. It’s broadened my idea of the Performing Arts and given me and some of the ot 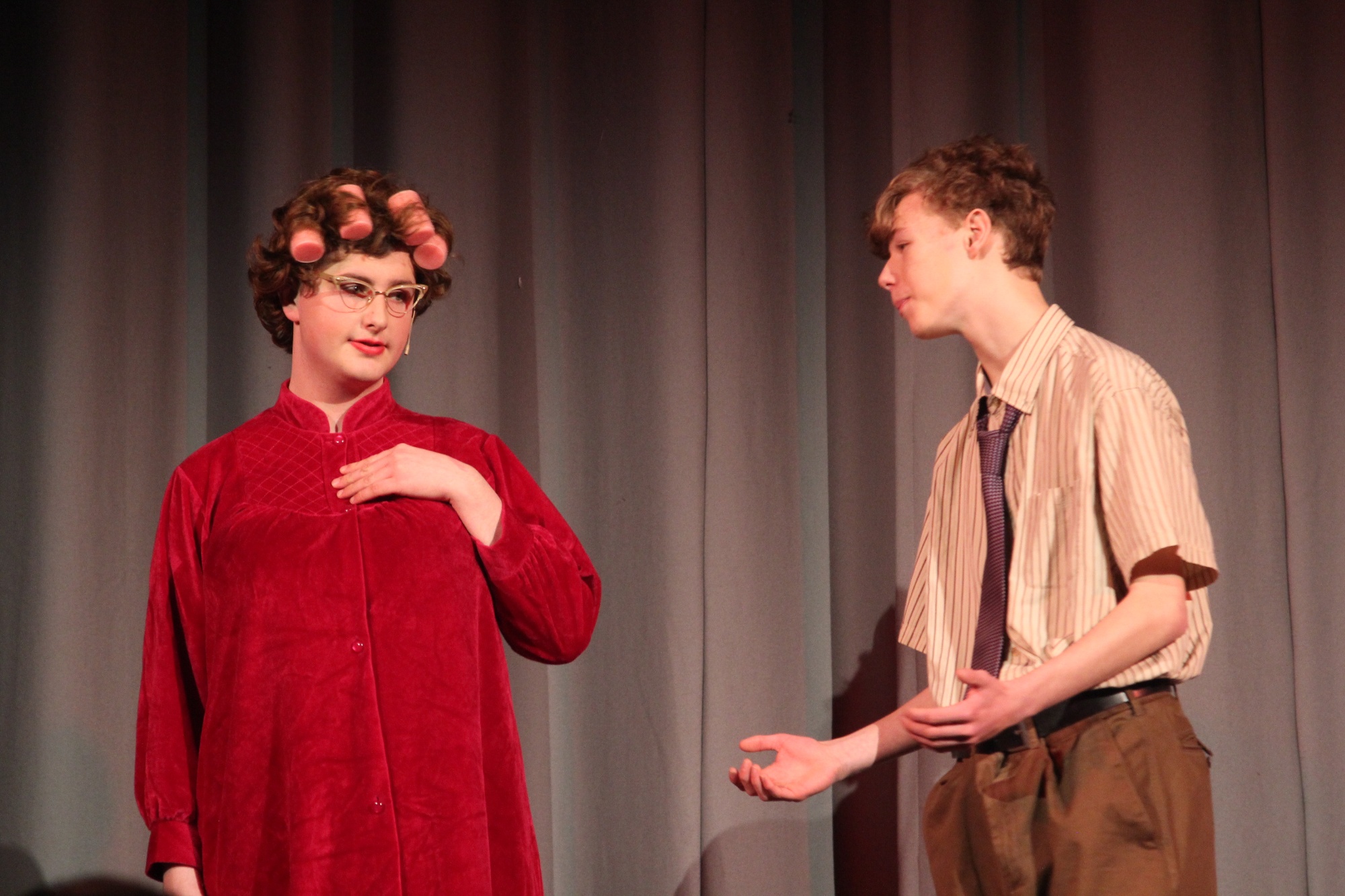 her older students a chance to take on roles of direction and choreography as well as acting”.

Indeed I feel it’s been a great show because as ever, the fantastic students of UVHS have stepped up to the mark and made it happen.