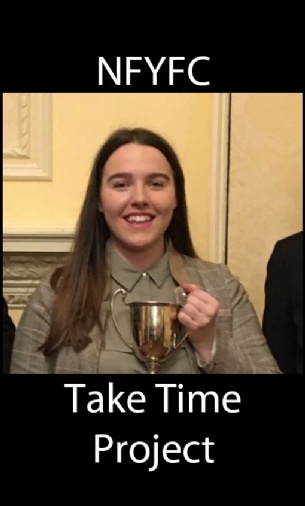 Lockdown has seen the coming together of communities across the UK especially in rural areas. Rural isolation is a problem faced by many, even before the pandemic and the cancellation of all agricultural shows and local village events has had a significant impact on mental health.

Year 12 student Ruth is currently the chairman of the National Federation of Young Farmer’s Clubs’ (NFYFC) Youth Forum, a group of around twenty-five YFC members from across England and Wales who represent the voice of younger members within their organisation.

During lockdown, the forum have kept active on social media and held meetings via Zoom. Throughout this time, the Youth Forum have developed a mental health campaign called #YFCTakeTime. The project is aimed at producing a valuable resource tailored to support young people in rural communities and was first published during National Mental Health Awareness Week back in May.

Since it was first published, the #YFCTakeTime project has blown up massively. The total reach on Facebook during the campaign period was well over 250,000. As well as being sponsored by national agriculture-related companies, the project was promoted by the Farmers Weekly, a national newspaper, who invited Ruth to speak alongside NFYFC Chairman of Council, Dewi Parry on their weekly podcast as well as publishing an article about the campaign in their paper. Organisations including the British Youth Council, the NHS Youth Forum and Rural Youth Europe also shared and backed the project.

Following the huge success of the campaign, on 11th June, Ruth got the opportunity to represent not only NFYFC but England in a Rural Youth Europe webinar. The event focused on discussing the good practice that rural youth organisations have been doing across Europe during the COVID-19 pandemic. As well as representatives from the four nations, Ruth spoke alongside members from countries including Latvia, Finland and Slovenia.

A link to the NFYFC website which contains a video from Ruth explaining the project in more detail can be found  here. 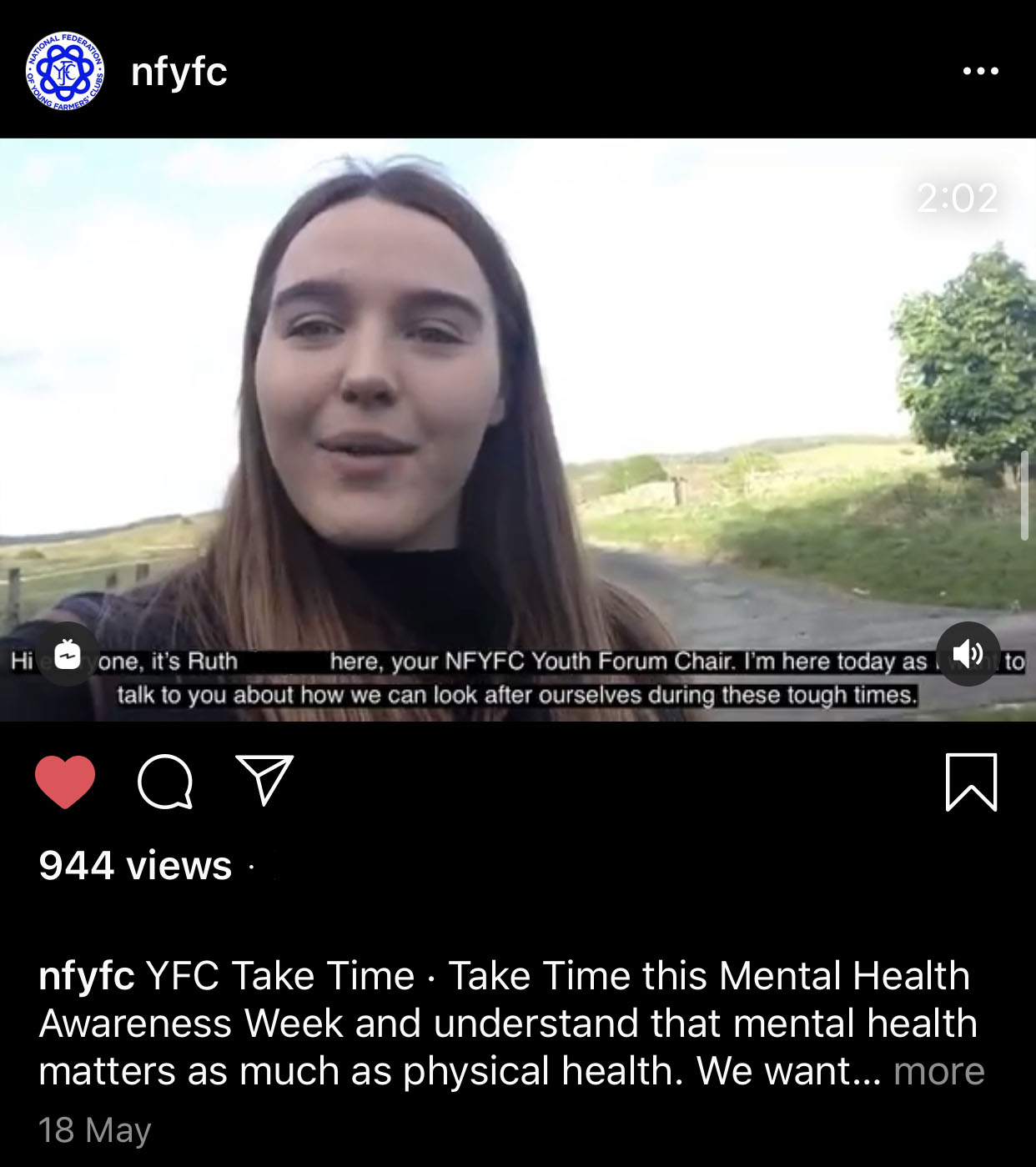