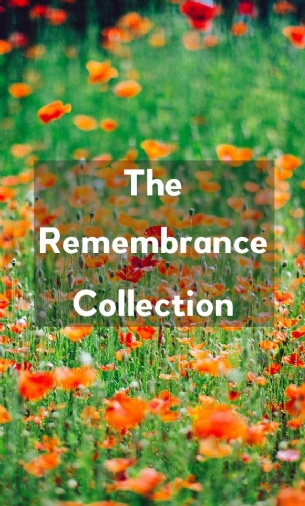 UVHS Library is proud to remember our Students and Teachers who fought for our country and in some cases died during the Great War.

As well as housing the photographs of the soldiers in the Library archives, we are very fortunate to have an extensive collection of books informing and commemorating all aspects of the First World War.

In addition there are over 100 books on the subject of the Second World War and publications providing information on the conflicts in the Falklands, the Gulf War, Iraq, Bosnia, Kosovo, Libya and Afghanistan.

If you would like to see the virtual UVHS Remembrance Day Service performed by UVHS students, please click here.

The War and Conflict Book Collection

World War I in Photographs by Robin Cross 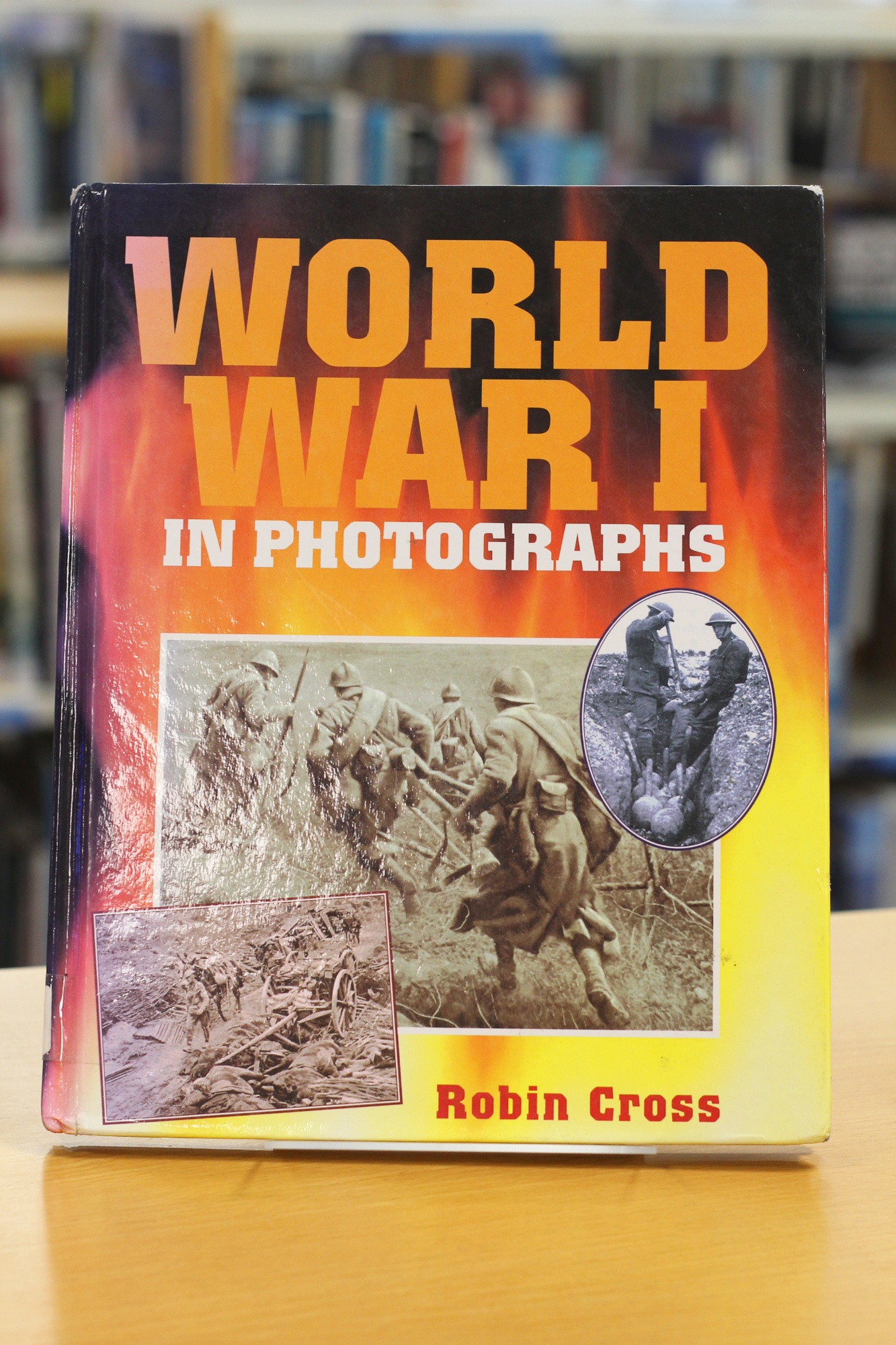 ‘World War I wrought global devastation, destroying empires and the lives of tens of millions. The symbol of the madness which gripped the great powers between 1914 and 1918 was the trench system on the Western Front, where men died in tens of thousands over a few miles of chard landscape, where the machine gun was king. The many sides of the conflict, both military and civilian, are captured in these pages: the crowded, shell-drenched beaches at Gallipoli in 1915; a British battleship blown apart at Jutland in 1916; the sea of mud that was Passchendaele in 1917; the lumbering tanks which helped break the spirit of the German Army in 1918. Images of a war whose memorials stand in every town in Europe.'

The War Poets: The Lives and Writings of the 1914-18 War Poets by Robert Giddings 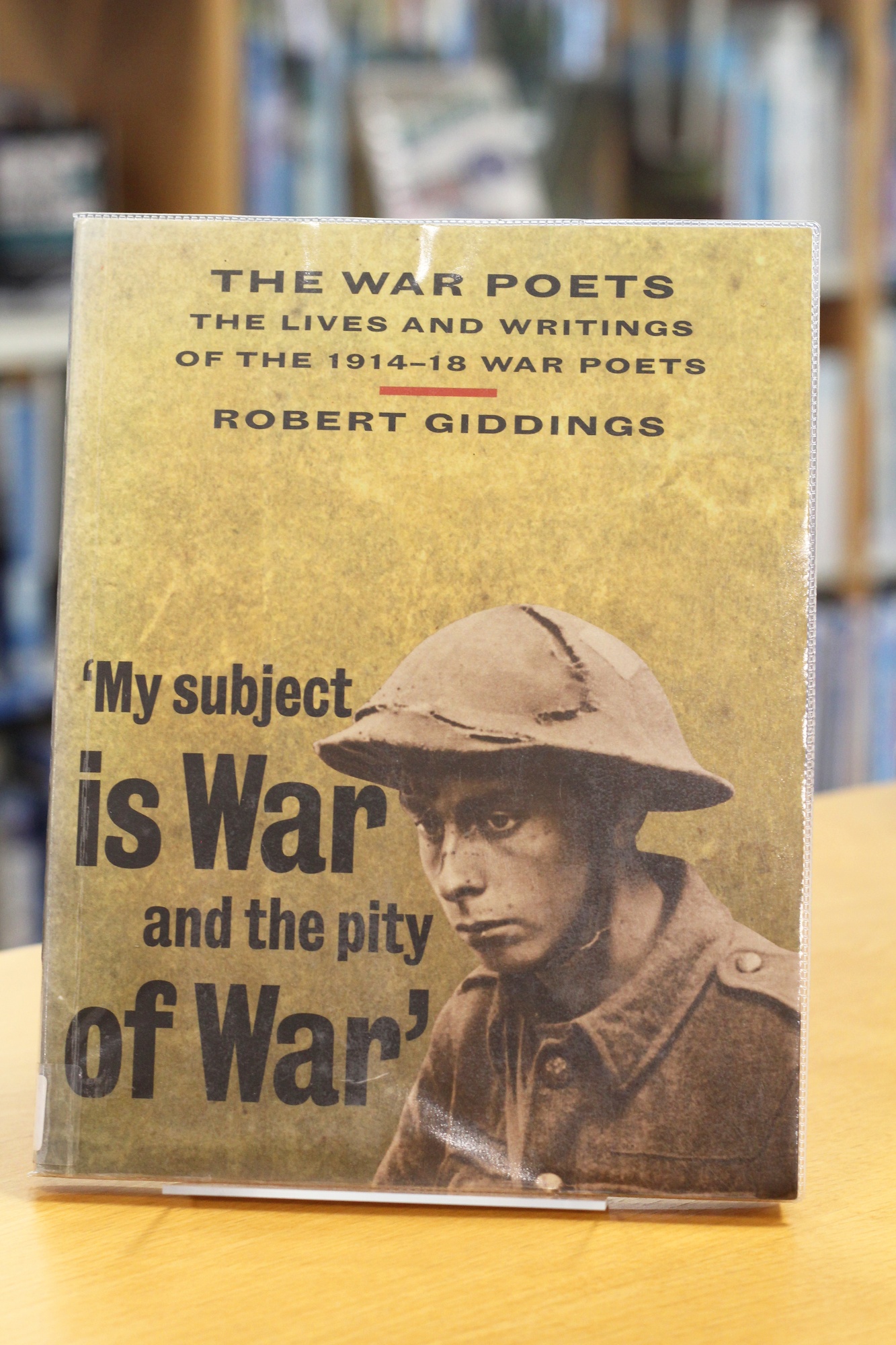 ‘The First World War was a turning point in human history and a cataclysm for the people who fought in it. The sheer scale of its horror and carnage transformed social, political and artistic attitudes throughout the civilised world. Nothing shows this more clearly than the work of the poets, writers and artists of the trenches – the creators of a unique cultural heritage that holds up a powerful mirror to their times, reflecting their hopes, fears, doubts, initial optimism and ultimate cynicism.’ 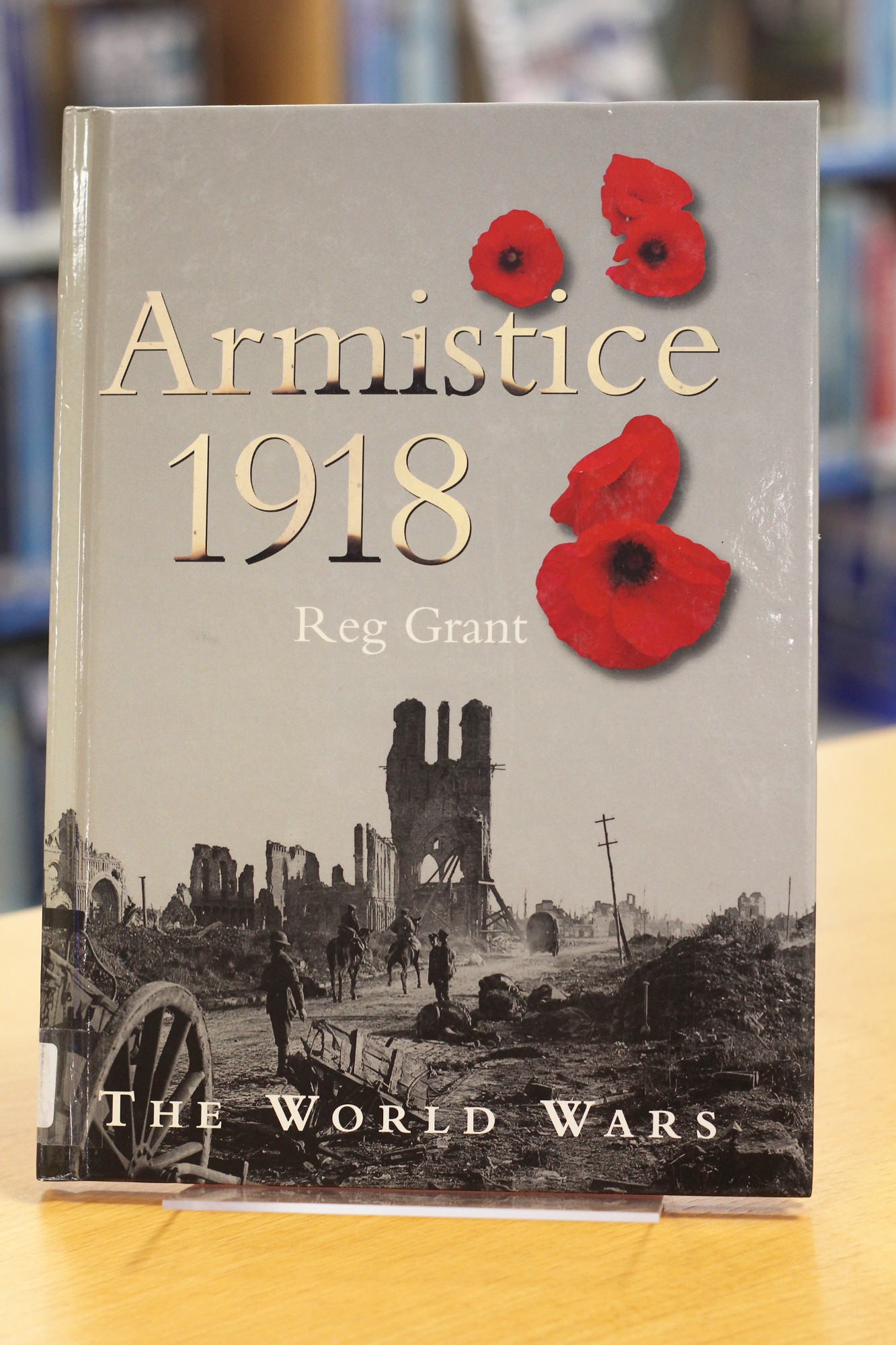 ‘The armistice of 1918 signalled the end of World War I, but its effects were far reaching, and it can be regarded as a turning point in twentieth-century history. Why did Germany sign the armistice and agree to the harsh terms imposed by the Versailles Treaty? How did these arrangements change the social and political structure of Europe? How well do we remember those who fought and died in World War I? Armistice 1918 carefully examines these important questions and covers the consequences of World War I on a global scale: the Russian Revolution, the rise of fascism and economic hardship in Britain and Germany’ 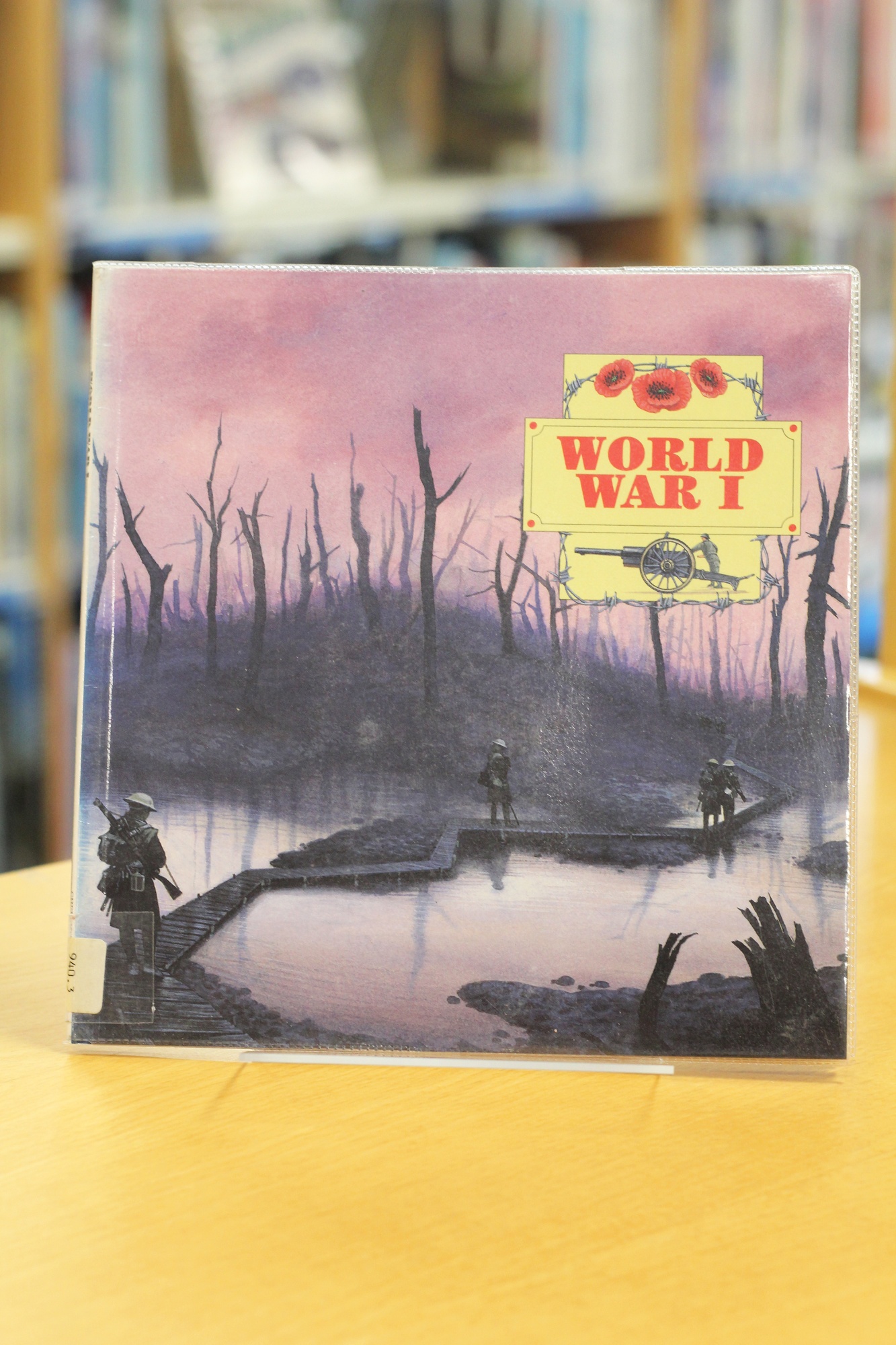 ‘In the hundred years before 1914 there were no major conflicts in Europe. A balance of power between the great powers had kept the peace, but it was a peace fraught with rivalry and fear, and increasing German aggression. When the peace was shattered – by an assassination in Sarajevo – all the major countries of Europe were plunged into a terrible war.’ 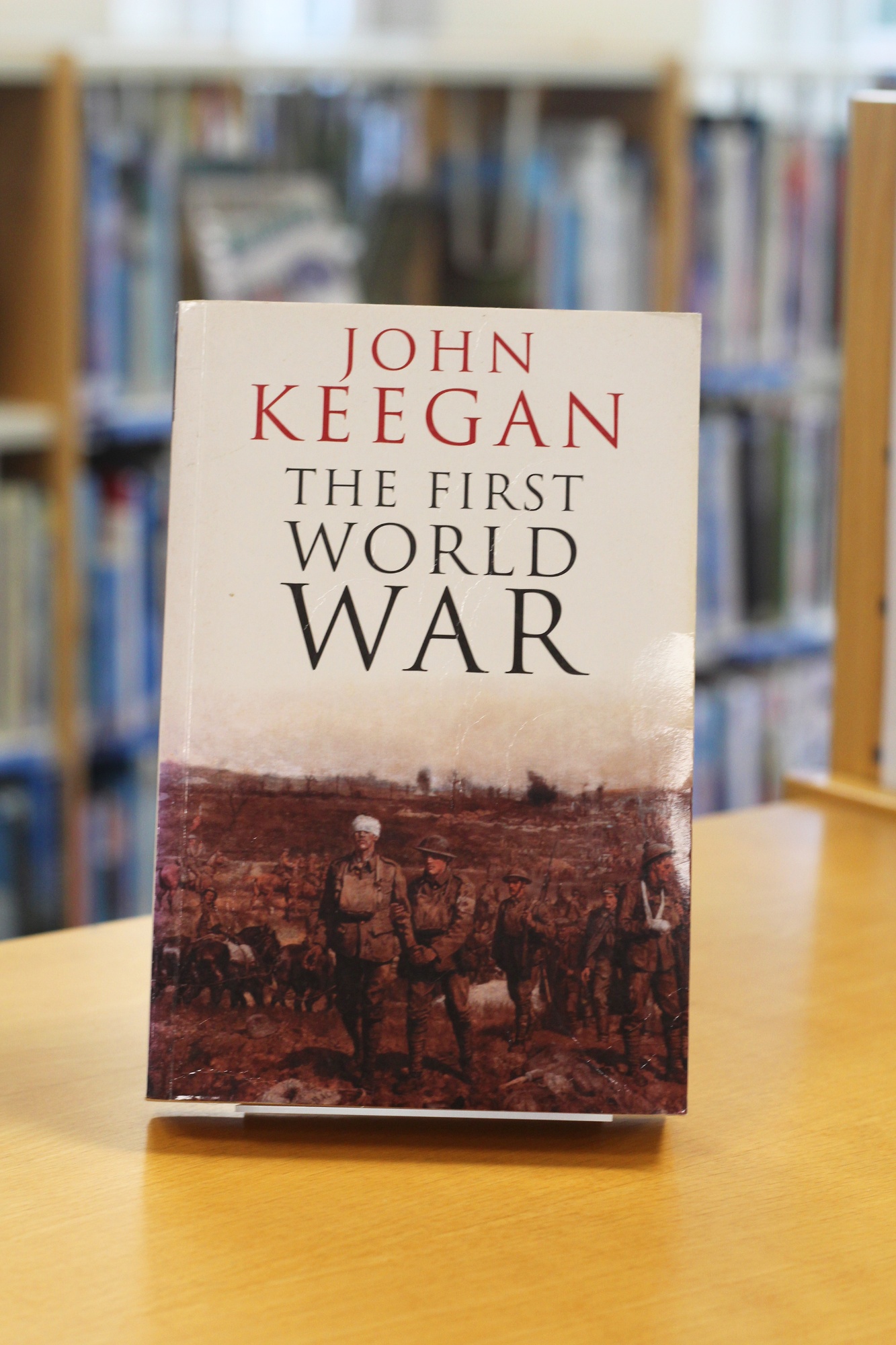 ‘The First World War created the modern world. A conflict of unparalleled ferocity which extended far beyond its European epicentre. It broke the century of relative peace and prosperity which we associate with the Victorian era and unleased the demons of the twentieth century – pestilence, military destruction and mass death – and also the ideas which continue to shape our world today – modernism in the arts, new approaches to psychology and medicine, and radical ideas about economics and society’ 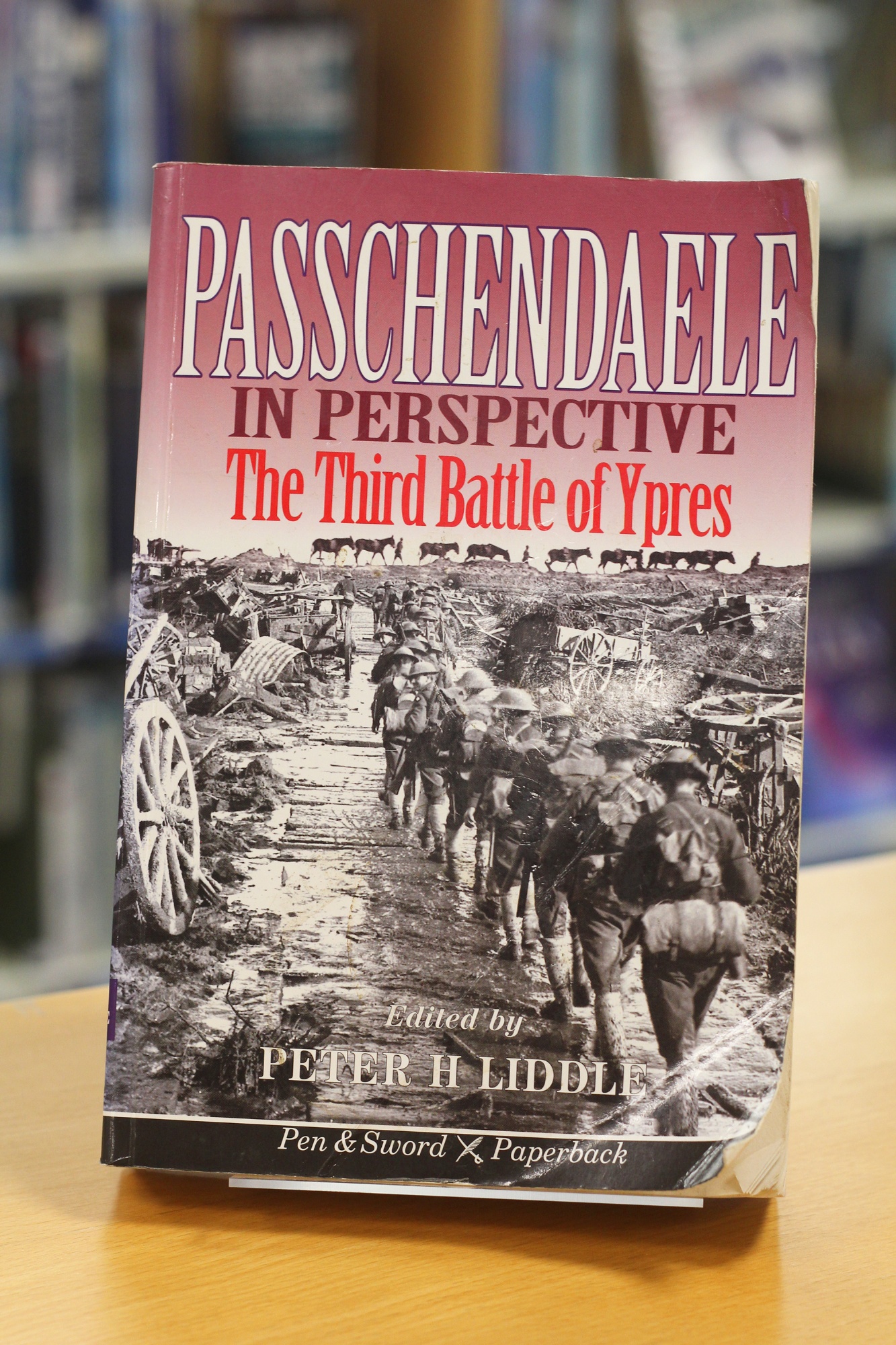 ‘Passchendaele in Perspective explores the context and real nature of the participants’ experience, evaluates British and German High Command, the aerial and maritime dimensions of the battle, the politicians and manpower debates on the home front and it looks at the tactics employed, the weapons and equipment used, the experience of the British, German and indeed French soldiers.’ 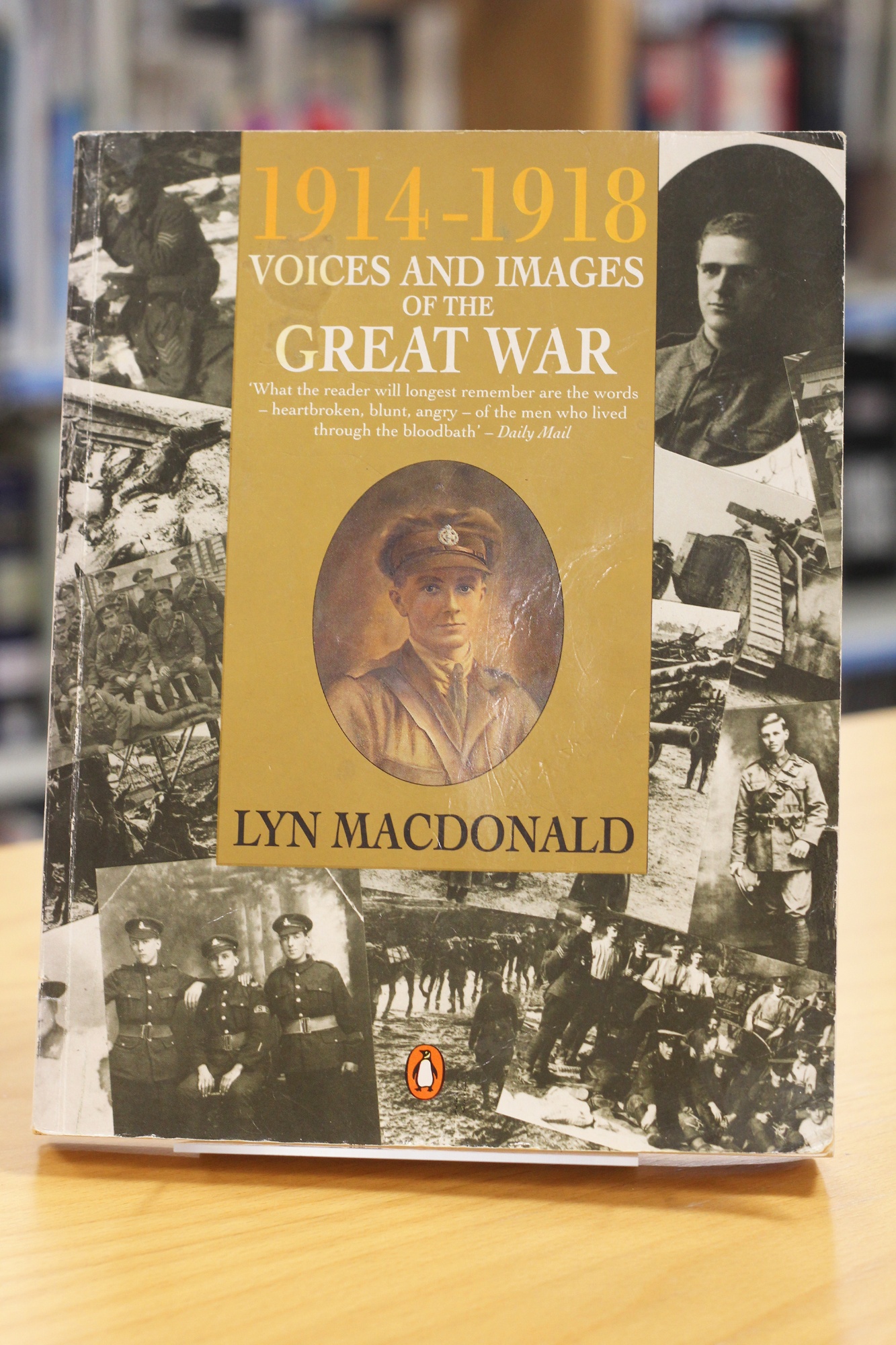 ‘From the boys eagerly enlisting ‘to have a go at the Boche’ to the solemn burial of the Unknown Soldier, the Christmas truces that the generals could not prevent, the girls handing out white feathers on the London streets, the filth, the rain, the flies, the rats, the military blunders – scenes from the Great War have an almost overwhelming emotional power. Here the acclaimed historian Lyn McDonald brings together, largely from her own collection, songs, amateur poetry, official reports, diary extracts, press cuttings, photographs and eye-witness accounts of the Western Front and Gallipoli.’

The War Poems by Siegfried Sassoon 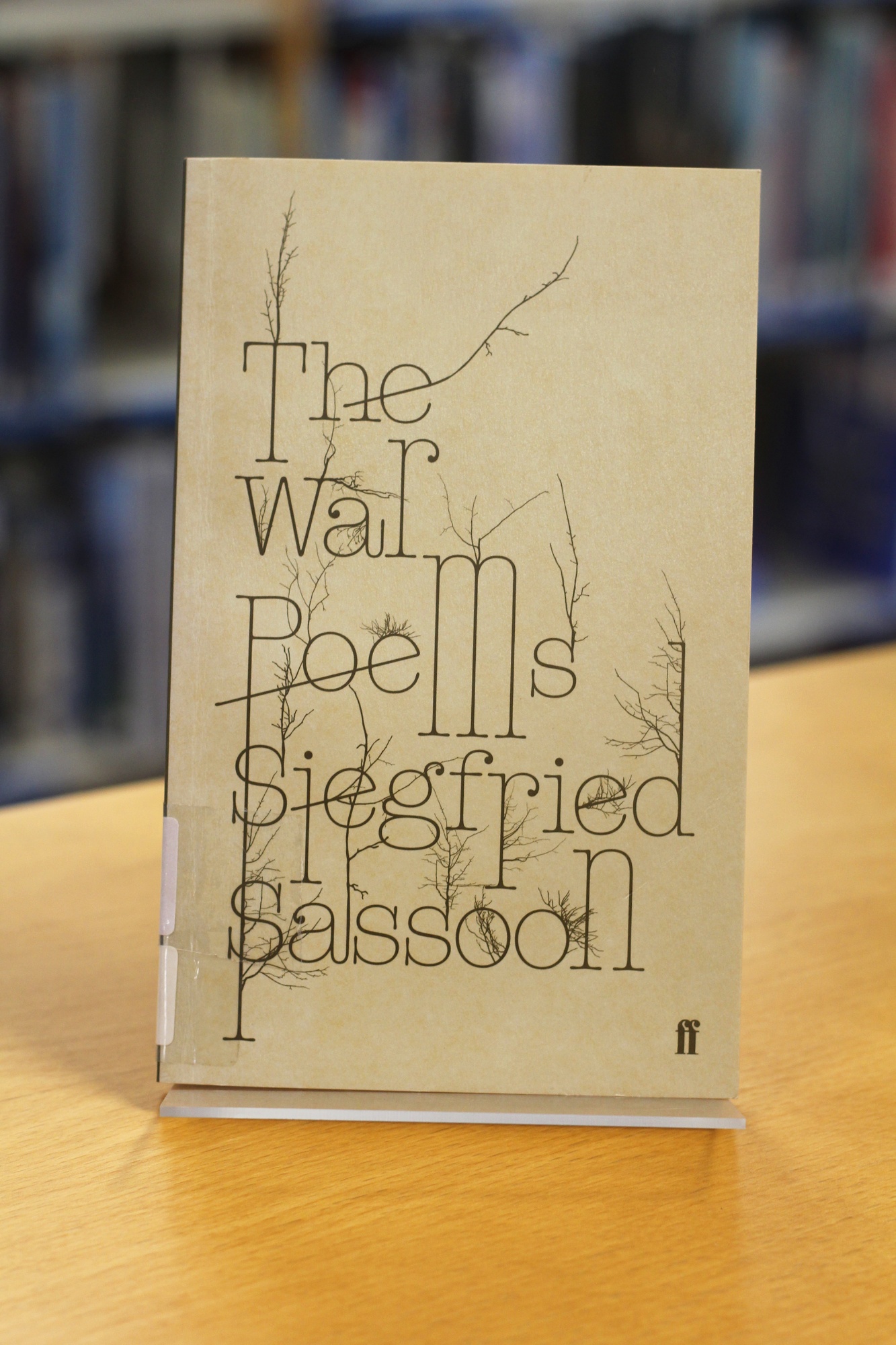 ‘He's a cheery old card,' grunted Harry to Jack
As they slogged up to Arras with rifle and pack.

But he did for them both by his plan of attack'

'The First World War turned Siegfried Sassoon into a poet of international standing. His ‘War Poems’ are the works by which he will be remembered, illuminating a moment in our history to which we return in horror and fascination.’ 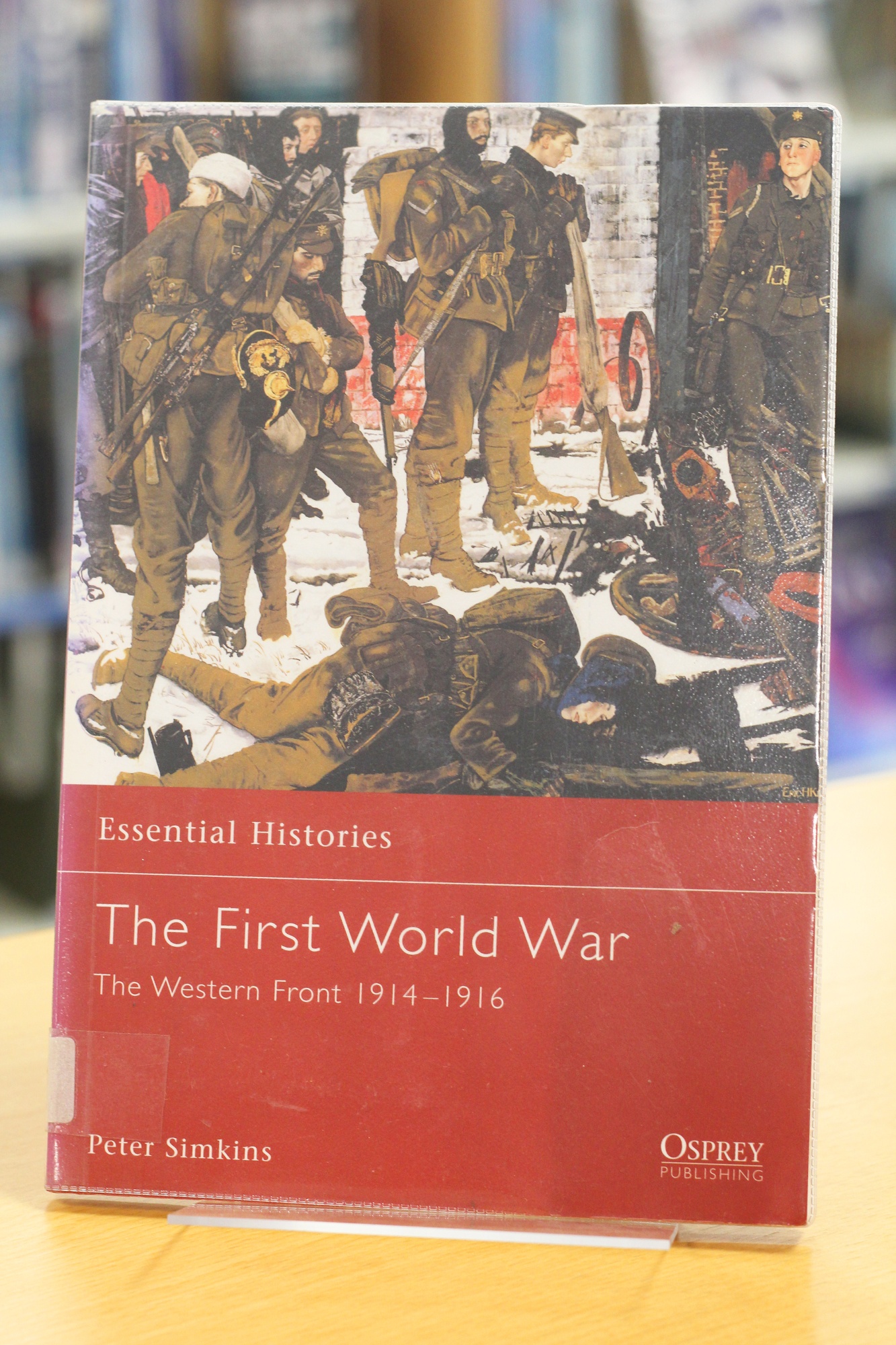 ‘More than 80 years on, the Great War – and particularly the great battles such as the Somme and Verdun – continues to fascinate us and to cast long shadows over the world in which we live. For Britain, the effort and sacrifice involved in creating and sustaining its first-ever and biggest-ever mass citizen army, and in helping to defeat the main enemy in the decisive theatre of operations, left deep emotional and psychological scars that have inflicted much of the nation’s subsequent history and that are still felt today.’

Boy Soldiers of the Great War by Richard Van Emden 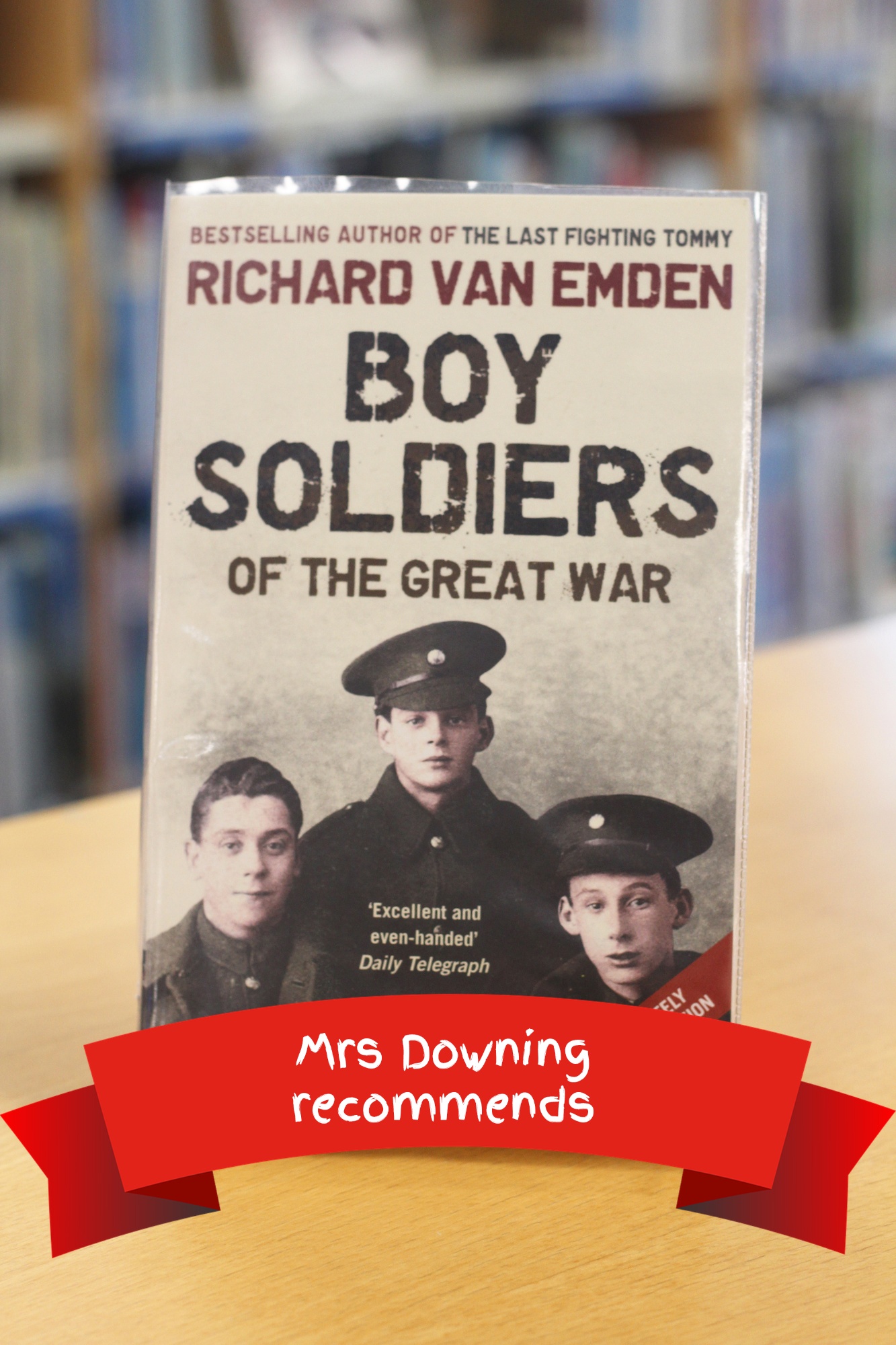 ‘The youngest soldier who fought in the First World War is believed to have been just twelve years old. Caught up in the wave of patriotism, many thousands of other boys are known to have lied about their age, inflated their chests and stood on tiptoes to bluff their way into a war of unforeseen horror. How and why so many under-aged boys were able to get to the Western Front remained unexplained and, until Richard Van Emden’s classic account, largely unexplored’